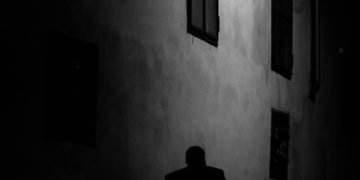 Presentation Day (Episode 15): There Is Bomb In Asokoro

Presentation Day (Episode 15): There Is Bomb In Asokoro 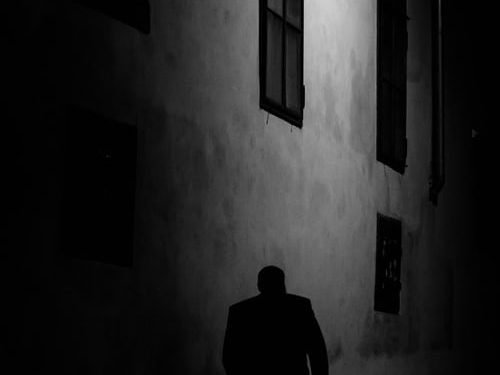 As Tony thought about the freedom of death, he suddenly came to himself and decided to be strong “I will not go like a coward, if I am going to go… I will go with war scares” he thought and with this new state of mine; the flood gates of ideas opened and he knew the next line of actions to take. They would make a stop in Asokoro before going to see Anderson Chuma

“Olinlin, stop the car… just park here” he pointed and Olinlin obeyed; at this point Olinlin was also tired of his manual panic attacks and decided to trust Tony after all he was the one who went to fight the man in the bushes in the first place. He was trying to be Tony’s hero but it back fired and acting like a scared kitten was not increasing the respect Tony had for him; that is if Tony has any more of respect left.

Olinlin parked the car by the side of the road near a street light that shone behind them; he wanted to see everything coming behind them. Tony dialed his phone “hello” it was a cracked male voice on the other side of the line “it’s Tony” Tony replied “I know” the voice responded.

“I need a huge favour” Tony asked with confidence and Olinlin watched him attentively “I need one semi-automatic and compressed gas now but I don’t have the cash right now, I promise to get it to you tomorrow” there was a long silence “Okay” the voice said “meet me there in thirty minutes” and the call was over.

“Asokoro” Tony commanded Olinlin who started the car without questions and drove; he could see Tony’s new burst of confidence and he was confident in his confidence.

When they got to Asokoro, Tony directed Olinlin until they stopped behind a big mansion; he gave Olinlin his suit jacket with his tie and shades “wear this” he said “Oga which place be this?” “na Asokoro” Tony’s answer was an invitation for him to obey without questions.

“Go and knock on the gate and give them this box… tell them that it’s for oga” he instructed giving Olinlin a sealed box, it was one of the boxes that he got from the mystery man he spoke to ealier. While Olinlin did as instructed, Tony took pictures of Olinlin walking towards the house with a box, then knocking and finally giving the box to the security at the gate.

“What next?” Olinlin asked Tony as he entered the car “my office” Tony replied and off they drove to the IKY Investment Group Building.

Tony made sure that Olinlin parked the car in a very discreet place, he got out of the car opened the boot and took pictures of the dead man in the boot. He closed the boot and opened the second box, in it was a gun; he put it in his trousers and put the empty box back in the car “Wait here, don’t talk to anybody” “okay sir” Olinlin replied as Tony walked away from the car towards the entrance of the building.

Tony was not nervous about his meeting with Anderson Chuma; on a normal day, he would be terrified but not tonight “to kill a monster, I must become one” he said to himself in the elevator.

“Did you do as I asked?” Anderson Chuma didn’t even allow Tony close the door before he hit him with the question; Tony was quiet until Anderson Chuma repeated his question and then he replied “no sir” “wow, this boy… you really don’t like your family members” Anderson Chuma laughed.

Tony’s phone started ringing… it was Mr. Henry but Tony ignored it “you can answer your call… at least talk to your family for the last time in this manner” Anderson Chuma had a demonic look on his face.

“Are you saying that you are going to kill my father?” Tony asked still standing about a feet away from Anderson “if anything happens to him it will be your fault because you didn’t do what was asked of you” “if anything happens to your family, it is your fault because you didn’t leave me alone” Tony uttered and his words made Anderson stand up from his seat.

“Excuse me” Anderson thought that he didn’t hear Tony well… there was a long silence and then “I made a quick stop at Asokoro… I didn’t know that you live in the wealthiest part of Asokoro, anyway, if you live in Asokoro… you are already wealthy so.” Tony said as he sent Anderson the pictures he took of Olinlin delivering the box “look at your phone” Tony ordered.

“What is this?” Anderson asked scrolling through the pictures “pictures of a man delivering a bomb to your house” Anderson smiled, he did not believe that Tony was capable of such; so he called his wife who confirmed that there was a package waiting for him. He told her to open it which she did and told him that it was a strange device attached to a million and one wires.

“Don’t tell her to take it outside, I will press the button” Tony threatened “don’t play with me” Anderson could see how serious Tony was; he dropped told his wife to close the box back and put his phone down.

“What do you want?” Anderson asked with surrender in his voice and Tony thought about his answer and turned to look out the window for a few seconds… when he turned back, Anderson was pointing a gun at him.

“Give me that phone now” Tony was surprised, he didn’t expect Anderson to have a gun in his office and looking at him; he knew that the man would shoot him to get a hold of his phone. They had moved past the era of empty threats… they were now in the atmosphere of cashing in promises. It was either he gave Anderson the phone or pressed the button that will make the bomb go off.

Biola Kila (Episode 41): The Beautiful One