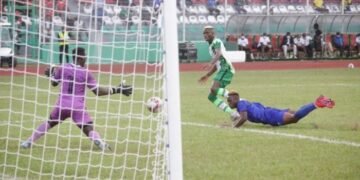 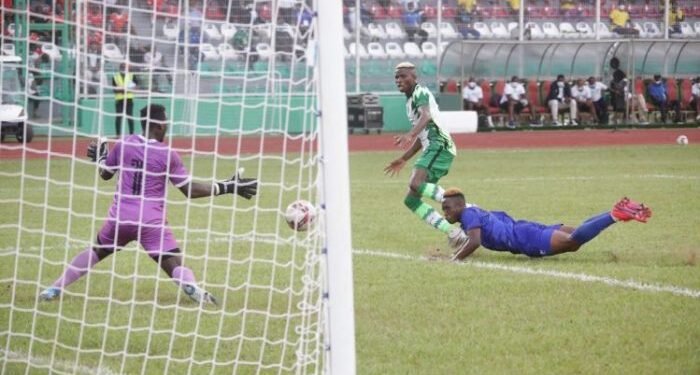 Nigeria and Napoli forward Victor Osimhen has been ruled out of Nigeria’s next game. The player will miss Nigeria’s 2021 Africa Cup of Nations qualifying game. It is Super Eagles matchday four game and it will be against the Leone Stars of Sierra Leone in Freetown. The encounter will take place next week Tuesday at the Siaka Stevens Stadium, Freetown.

Victor Osimhen dislocated his shoulder in Nigeria’s 4-4 home draw against the same opponent on Friday. The Napoli striker was stretchered off 15 minutes from time and replaced by Paul Onuachu.

It was gathered that Osimhen will spend a few weeks on the sidelines and won’t be available for the trip to Freetown. He will likely return to Italy to have further treatment on the injury at his club Napoli. Leicester City star Kelechi Iheanacho is expected to take his in the starting line-up.