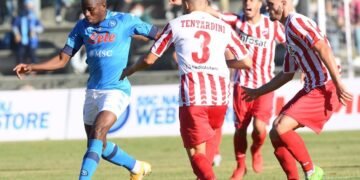 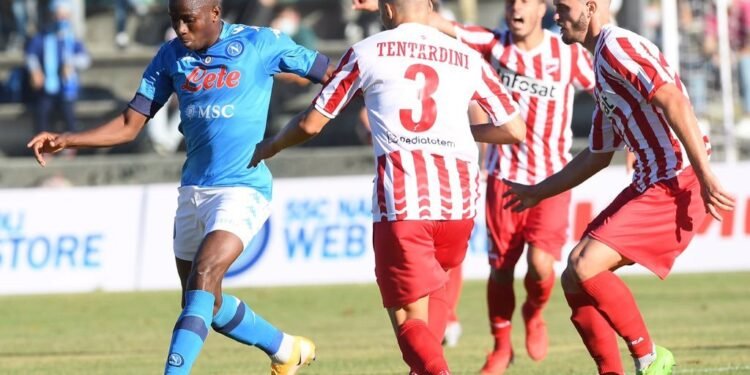 Europe’s football governing body UEFA has sent their praises to Super Eagles and Napoli new goal machine Victor Osimhen after he recorded six goals in two games. The striker scored his second hat-trick for Napoli, in their 4-0 win against Teramo in Friday’s pre-season game.

Victor Osimhen recorded his first hat-trick in Napoli in his debut game in their 11-0 win over L’Aquila, he continued in his scoring form as he registered his second hat-trick in their 4-0 win overTeramo. His performance has attracted the European football governing body Uefa and so they have sent their praises to the player.

Victor Osimhen opened the scoring for Napoli in the 4th minute and then had his brace in the 61st minute of the game. The Nigerian completed his hat-trick just four minutes after the second goal was scored to give his side a comfortable win. And commenting on Osimhen’s hat-trick, UEFA wrote on their verified Europa League Twitter handle:”Two games, six goals. “Another pre-season game, another hat-trick for @victorosimhen9.”