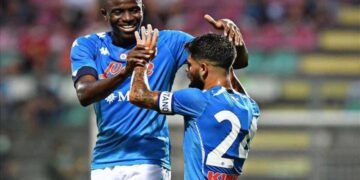 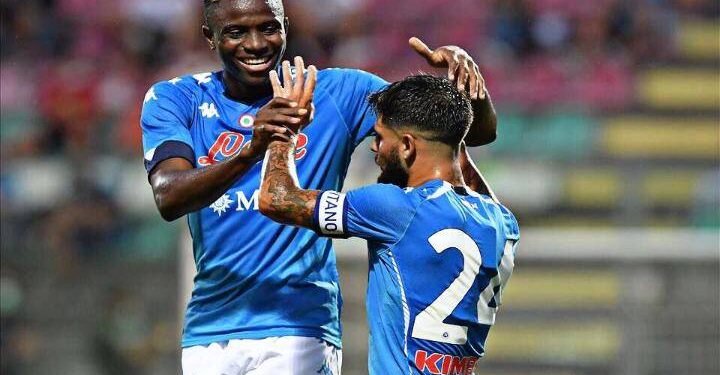 Nigerian star striker Victor Osimhen who joined Napoli recently has opened his score record with the club as he scored a hat-trick and provided an assist in his first game for the Italian side Napoli as they rolled over Italian fourth division club L’Aquila 11-0, in their second pre-season friendly game on Friday,

Victor Osimhen who joined Napoli from Lille in this transfer window, netted his three goals inside the opening eight minutes of the game. He then turned provider as he assisted for Napoli’s eight-goal. The Super Eagles striker opened the scoring just two minutes into the game and quickly got on the score sheet again In the 3rd minute.

He then completed his hat-trick in the eight minute to put his side 4-0 up. Other scorers for Napoli are Dries Martens, Hirving Lozano, Ghoulam Faouzi and Lorenzo Insigne. Napoli had thrashed a lower division club Castel di Sangro 10-0 in their first pre-season game before facing L’Aquila.