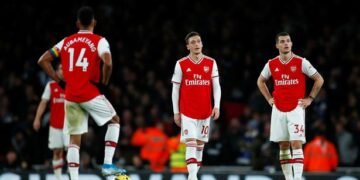 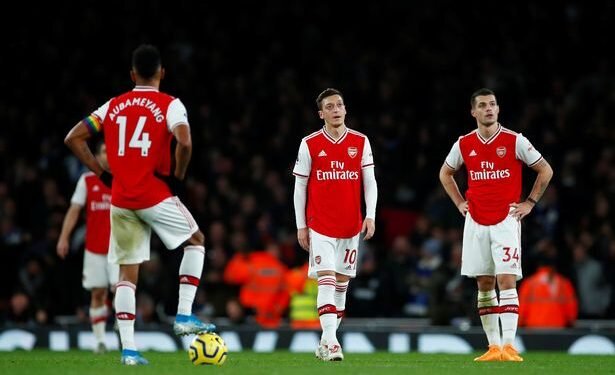 Two Arsenal players David Luiz and Dani Ceballos were reportedly involved in a furious fight during training yesterday. It was gathered that the fight happened during the international break. One of the players (Dani Ceballos) was left bleeding.

According to reports Luiz was left seething following a late challenge from Ceballos and retaliated by hitting him on the nose, a scratch drawing blood. Ceballos responded to the punch and confronted Luiz before other teammates stepped in to separate the fight. Arsenal boss Mikel Arteta sent the two Arsenal players home giving them three days off.

After a tumultuous start to the season, the international break was seen as a good opportunity for calm to be restored at Arsenal. However, the opposite has happened at the north London club, with the report suggesting Arteta brought both players together in the dressing room to clear the air following the incident.

Ceballos took to social media to quash rumours of a bust-up with Luiz on Thursday, rubbishing the reports as ‘fake.’ So, for now, no one knows if there was actually a fight. The Arsenal team is faced with a huge nightmare with Mohamed Elneny and Sead Kolasinac testing positive for COVID-19. The club’s skipper Pierre-Emerick Aubameyang was seen sleeping on the floor of an airport and Willian breaking government guidelines to visit Dubai despite the national lockdown.

Willian was captured on social media at the Nusr-Et Steakhouse in Dubai alongside chef Nusret Gokce, also known as ‘Salt Bae’, on Monday night. And according to The Telegraph, the former Chelsea winger will have to take a COVID-19 test and return a negative result before resuming training, although he does not have to self-isolate now he is back in the UK.