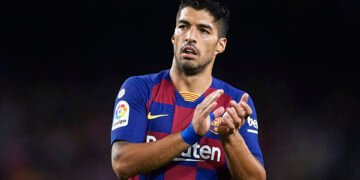 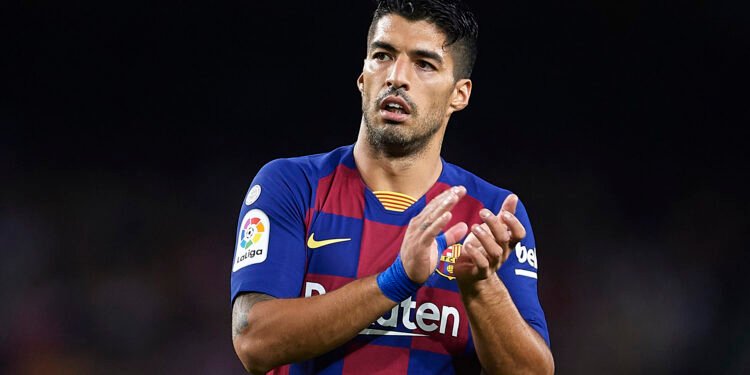 BARCELONA, SPAIN - OCTOBER 06: Luis Suarez of FC Barcelona looks on during the Liga match between FC Barcelona and Sevilla FC at Camp Nou on October 06, 2019 in Barcelona, Spain. (Photo by Aitor Alcalde/Getty Images)

With less than 24 hours after the departure of Croatian midfielder Ivan Rakitic, Uruguayan striker Luis Suarez has reportedly agreed on personal terms with Italian side Juventus after being told he can leave Barcelona. Luis Suarez is set to depart the Nou Camp after he was deemed surplus to requirements by new Barca coach Ronald Koeman.

If the former Liverpool striker’s deal with Juventus fails Barcelona will have to pay him about £14million to cancel his contract because is his contract is still on. Juventus is not the only club looking for the player, Netherland club side Ajax has also confirmed their interest in signing the 33-year-old as they look to bring the player back to Holland.

But a move to Juventus has also been reported, where he could link up with old rival Cristiano Ronaldo. It was reported over the weekend that Suarez has spoken to Juventus chief Pavel Nedved to discuss a potential switch to Italy. And according to La Gazzetta Dello Sport, the Old Lady side has now agreed personal terms with the player’s representatives during a second meeting.

According to reports, the attacker is set to pen down a £9million-a-year contract after-tax the same wage he is currently raking in at Barcelona. Juventus boss Andrea Pirlo has identified the ex-Liverpool ace as a replacement for Gonzalo Higuain, who has been linked with an MLS switch. Suarez took to social media last week where he broke his silence on speculation regarding his future. He took aim at former lawyer Alejandro Balbi, who suggested he would leave the Spanish side should Lionel Messi also depart.

It has been claimed that the Catalan club has identified Lyon forward Moussa Dembele as Suarez’s replacement. Suarez who joined Barcelona from Liverpool in 2014, where he scored 198 goals in 283 games in all competitions. In 2015, helped Barca won their second treble after forming the deadly strike partnership with Messi and Neymar called MSN