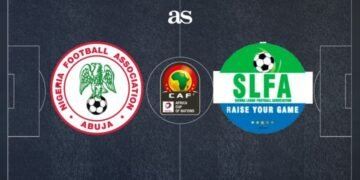 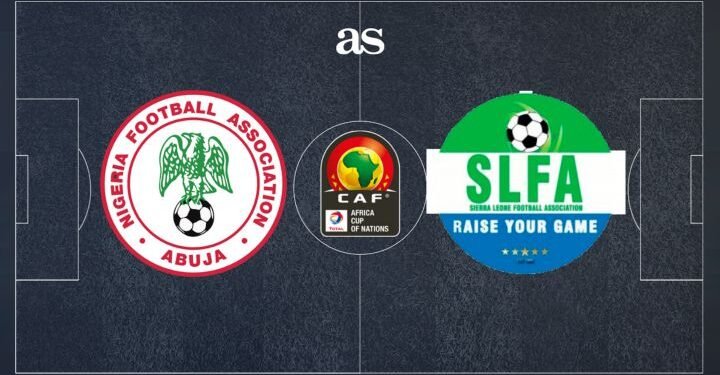 Super Eagles of Nigeria has been doing since the start of the AFCON Qualifiers. They did well to beat both Benin and Lesotho in their first two group games. Nigeria currently tops the Africa Cup of Nations qualifiers Group L with six points. The Super Eagles aim to cement top position in Group L, and they are seen as hot favourites to win Friday’s qualifier against Sierra Leone.

Both Moses Simon and Kenneth Omeruo are sidelined with injury and so out of the clash. Sebastian Osigwe should be available for the Sierra Leone game and Paul Onucho is also back to the team.

Napoli attacker Victor Osimhen, who scored the winner against Bologna at the weekend will lead the attack. He is widely expected to trouble the away team defence. Premier League ace Alex Iwobi and Kelechi Iheanacho should start as well.

Sierra Leone, on the other hand, will be led by Minnesota United attacker Kei Kamara. The player is likely to prove a handful for the Eagles defenders. However, home win should be considered, as Leone Stars captain Umaru Bangura has been tested positive for coronavirus.