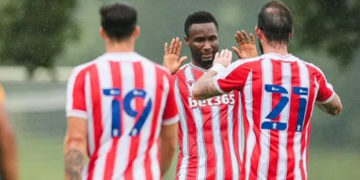 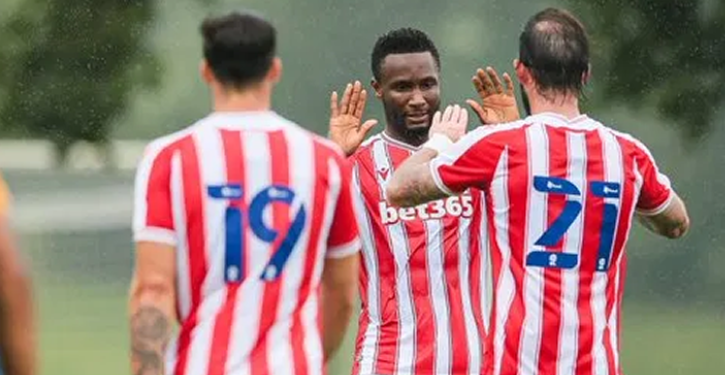 Super Eagles legend John Mikel Obi has begun his career at English Championship club Stoke City on an impressive note as he opened his scoring book with one goal in one appearance. Stoke City played against Shrewsbury Town in their first pre-season game and it ended in favour of the Championship side 5-1.

Although the encounter was a pre-season friendly, the former Middlesbrough and Chelsea midfielder proved he is still good form as he scores on his first game with the club. Stoke City started the match impressively and it took them only 10 minutes to open the scoring through Tashan Oakley-Boothe who scored in an incredible fashion.

The equalizer came just five minutes later, Shrewsbury restored parity via a penalty, the leveller made the encounter tougher. Three minutes to the end of the first half, Mikel Obi doubled the scores for his side Stoke City. Mikel Obi was substituted after the first-half but the Nigerian has made his impact in the game already, the went on to finish 5-1 in favour of Stoke City.