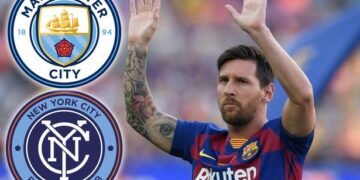 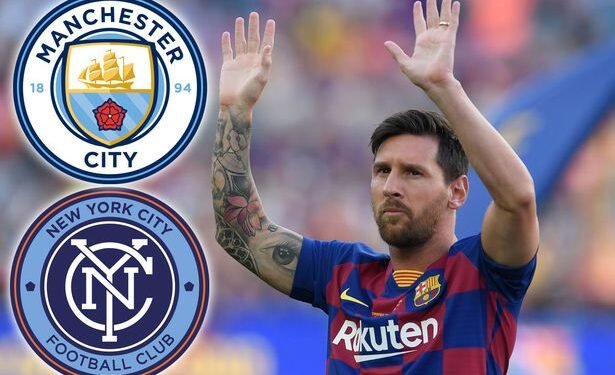 Manchester City is willing to pay £450million for Lionel Messi who is desperate about leaving Spanish side Barcelona. Reports have it that Messi’s father was in England last week and it was said that his father was there to negotiate Messi’s move to City. The Citizens who have been linked with the 33-year-old are reportedly ready to pay him the huge amount as part of a five-year plan that would eventually see him join New York City FC.

Lionel Messi has reportedly instructed his agent to schedule a meeting with Barcelona as he hopes to resolve his future with them. The six-time Ballon d’Or winner earlier handed the Catalans his transfer request after about 17 years at Camp Nou. After his decision to leave, clubs across Europe have been coming to sign the player with Manchester City being the closest to signing the player.

Though Manchester City and Inter Milan might be favourites to sign the player, Manchester United, Chelsea and Paris Saint-Germain have also shown interest in the player, all five clubs are desperate to sign the player. However, La Liga has stated that Messi cannot leave the Camp Nou for free unless his £632million release clause has been met.

A young fan of Manchester City asked Pep if he could use his influence to bring the player, the young boy said: “Messi is your friend, do you mind giving him a call and seeing if he could join us and have a fun time?” Guardiola responded: “Messi? It would be nice, huh? But maybe it’s a little difficult, huh?” The player who was recently advised by his country’s president Alberto Fernandes to return home to his childhood club Newell’s Old Boys has not said anything about the club he will be joining yet.