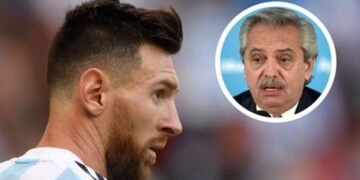 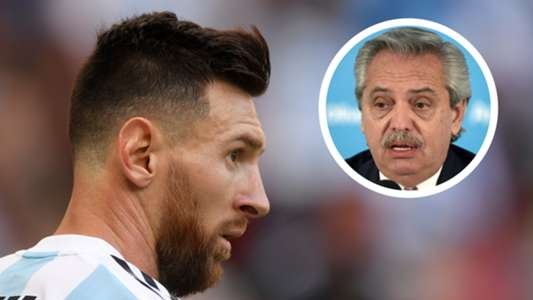 Argentina president Alberto Fernandez has sent a message to six-time Ballon d’Or winner Lionel Messi to return to his homeland and finish his career at his former youth team club Newell’s Old Boys. With the heat of Messi’s transfer request to Barcelona which has drifted the attention of football lovers across the word to the Argentine has also reached Argentina president Alberto Fernandez.

33-year-old Lionel Messi surprised the world of football after their 8-2 lose to Bayern Munich in the Uefa Champions League quarter-finals by informing Barcelona of his intentions to leave the club after almost 20-years with them. He has been most strongly linked with a move to the English Premier League with Manchester City being the biggest side to sign me.

But following the message sent to the player from his the president of his country he could be moving to his childhood club in Argentina Newell’s Old Boys. Messi played there between 1994-2000 before making the move to Spain at the age of just 13. The Argentina president speaking about Messi’s transfer on Argentinean TV channel C5N said: “You are in our hearts and we have never seen you play in our country.”

He also said: “Give us the pleasure of ending your career with Newell’s Old Boys, your club.” He was also asked to pick between Diego Maradona and Messi, the president said he admired 1986 World Cup winner Diego Maradona more. His choice might be because at least Maradona has won a trophy for his current while Messi has not.

He also said: “The great merit of Maradona is that he played alone against the world, I’ve never seen a player like Maradona.” “I admire him deeply more than Messi, to be honest because he comes from the Argentinos’ youth. He was a kind of gladiator, with incredible strength.” Lionel Messi coming to the club could change a whole lot in the hearts of his countrymen and also his president as well, the player has however not said anything about the club he wants to go yet.