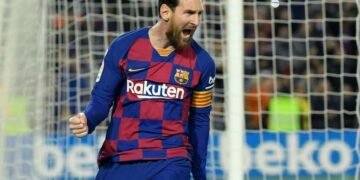 Lionel Messi Scores his 700th Goal for Club and Country

Lionel Messi Scores his 700th Goal for Club and Country 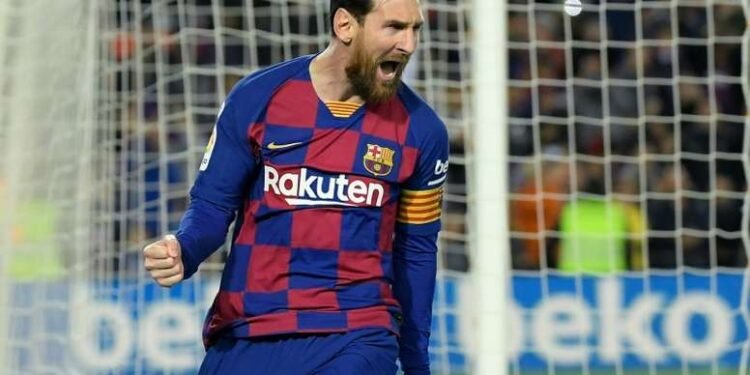 Lionel Messi scored the 700th goal of his career with a Panenka penalty in Barcelona’s 2-2 draw Atletico Madrid on Tuesday. The Spanish giants’ all-time top scorer hit the landmark goal for club and country by gently chipping the ball into the net from the penalty spot as Jan Oblak dived the wrong way.

The goal had put Barcelona 2-1 up but Atletico hit back to draw 2-2. Barcelona remains second on the league table following the draw, that is now one point behind Real Madrid, who have a game in hand. Barcelona has now drawn two games at row, they draw against Celta Vigo 2-2. Messi’s penalty was also his 630th goal in his 724th appearance for the club.

The Argentina star played a part in the opener for Barcelona when his whipped corner hit Diego Costa and deflected into the back of the net. Former Chelsea striker Costa had the chance to make amends soon after when Atletico were awarded a penalty after Yannick Carrasco was fouled inside the box.

Tonight’s goal is Lionel Messi’s 700th career goal coming just over 14 months after scoring his 600th goal for Barcelona, he has now joined the select group. According to data from Rec.Sport.Soccer Statistics Foundation, Messi is now one of seven players to have reached the 700-goal mark in their career.