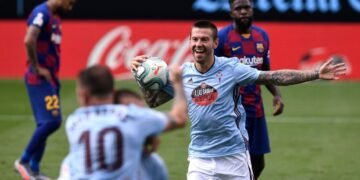 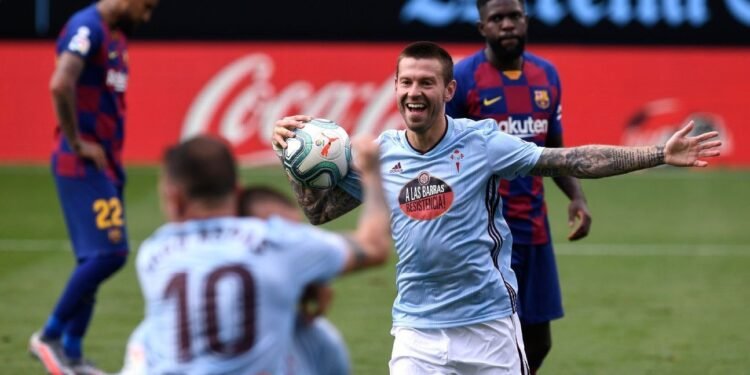 Former Liverpool and Spain international Iago Aspas scored a late equalizer against Barcelona to level scores to 2-2 which means Barcelona are now top of the league with just a point awaiting Real Madrid’s clash tomorrow. Celta Viga should have won the game deep into injury time but Nolito’s close-range shot was straight at Marc-Andre ter Stegen.

If Real Madrid win tomorrow’s game against Espanyol it will take them back to the top of the table with two points. The Spanish League this season has been very competitive with Barcelona and Real Madrid displacing each in almost every three-three weeks. Luis Suarez headed Barcelona a head way in first 20 minute of the game, but Fedor Smolov levelled the scores in the second half of the game.

Luis Suarez added a second goal in the 67th minute of the game through Lionel Messi’s pass but with just two minutes to go Iago Aspas levelled the scores again. Lionel Messi who has not scored in three games since after his goal in their first game after lockdown is still on 699 career goals for Barca and Argentina. But he did manage the 250th assist of his Barca career with the assist he provided for Suarez’s second goal. The 33-year-old is the top goalscorer with 21 and top assister with 17 in La Liga this season.