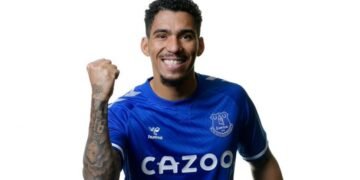 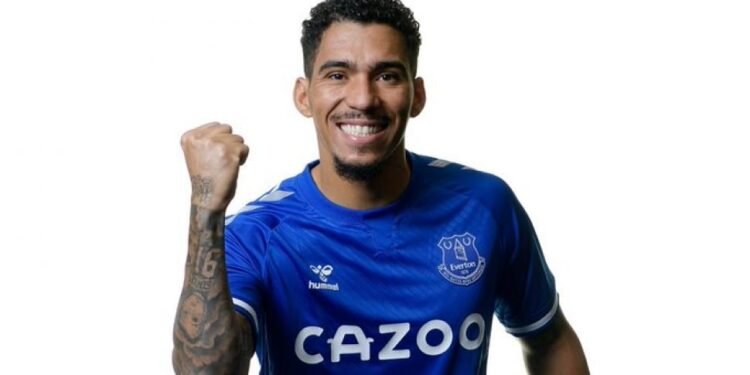 Everton has signed Brazilian midfielder Allan from Napoli on a three-year contract for a fee believed to be around £21.7m. Allan is Everton’s first signing of the summer and the move reunites him with former Napoli boss Carlo Ancelotti. Everton is looking to rebuilding their team as they prepare for the resumption of the new season. Early this week they made an offer for to sign Watford midfielder and Real Madrid midfielder James Rodriguez is still on the way.

According to Allan, he said: “It is a real pleasure to sign for Everton. I am immensely happy to be here.” the 29-year-old will be playing in the English Premier League for the first in his soccer career and him very happy about it. Everton is also closing on deals for Watford’s Abdoulaye Doucoure and James Rodriguez from Real Madrid.

Allan played 61 games under Ancelotti at Napoli, and he says the Italian did “everything possible” to bring him to Goodison Park. Allan added: “I hope, as I have done in my entire career, I contribute with my performances together with my team-mates and that I put in some great games, great performances and win important things.

“It is a club with a rich history in the Premier League, has real ambition and then there is ‘Professor’ Ancelotti. “It is the size of the club and the name of the coach which means you don’t think twice about coming to Everton.” Allan made more than 200 appearances for Napoli after joining from Udinese and played alongside Toffees forward Richarlison as hosts Brazil won the 2019 Copa America. “A strong part of my game is marking and the desire going in to win absolutely every ball,” he said.

“I believe with my desire I can put in really good performances to win the fans over. I received a lot of messages from Everton fans and that made me really happy and confident in the work I can do here,” the player concluded.

Veteran Striker Vedad Ibisevic pledge to Give his Salary to Charity