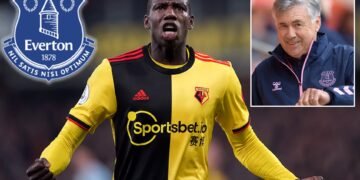 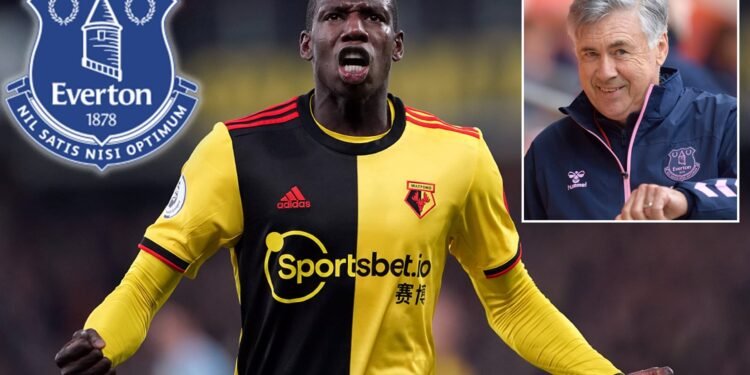 Everton has agreed on a deal with Watford for their 27-year-old midfielder Abdoulaye Doucoure, the midfielder has penned down a four years contract that is worth £25m. The negotiations between Everton and Watford came to a successful conclusion on Wednesday afternoon. The 27-year-old Frenchman will have a medical before signing a four-year contract with the Toffees.

Italian manager Carlo Ancelotti is out to sign players to boost his team, yesterday he completed the signing of Former Monaco and Real Madrid Colombia midfielder James Rodriguez and he is also in talks with Napoli’s Brazilian international Allan. Everton tried to sign Doucoure last summer but Watford refused to sell the French international, but with the Hornets’ in relegation, Ancelotti rekindled the interest that was first shown by his predecessor Marco Silva.

Doucoure is part of an ambitious Ancelotti rebuilding programme. Everton have agreed a £25m deal with Napoli for 29-year-old Brazilian midfielder Allan, who was an important figure in Ancelotti’s side in Italy before he was sacked in December.