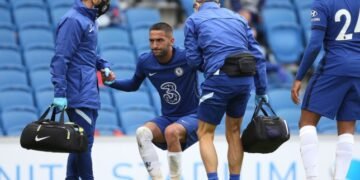 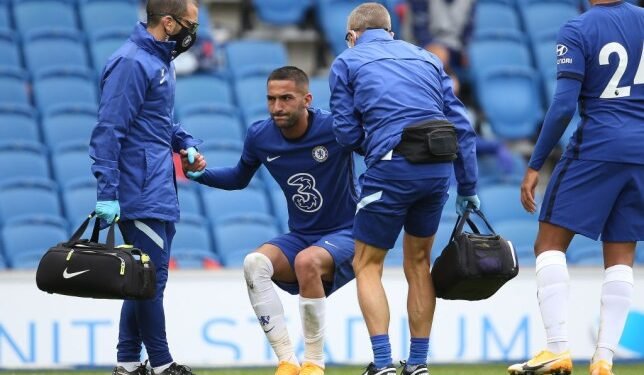 The head coach also said that new signing Thiago Silva is also unlikely to play the game. Chelsea starts their Premier League season away to Brighton the Seagulls on Monday but Lampard is set to be without several of his new arrivals. Ziyech and former Leicester City left-back Chilwell are not expected to be fit enough to feature, while Brazil defender Silva is not yet training with the rest of the first team.

Frank Lampard said: “Hakim Ziyech took an injury to a knee against Brighton so won’t be fit. Hopefully, it’s a matter of weeks, a couple of weeks but we have to see.” “Ben Chilwell is working towards fitness and improved this week. He’s going in the right direction but won’t be ready for Brighton.” “Thiago is in London but not training with us until the weekend, so I doubt he’s in contention for the game.”

He also said: “I am certainly very happy to have them both back. They have trained since yesterday and are in contention for Monday.” “The way they are training and the attitudes they have looks like they are over their injuries. We’ll have to manage it.”

Chelsea is still in talks with Rennes £18m-rated goalkeeper Edouard Mendy, Lampard is keen to provide competition for Kepa Arrizabalaga who is yet to convince following his £72m arrival two years ago but refused to disclose whether or not the club are close to reaching an agreement for Mendy.

BBNaija 2020: Fans In Confusion As Erica Follows Kiddwaya Back