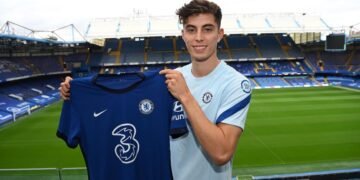 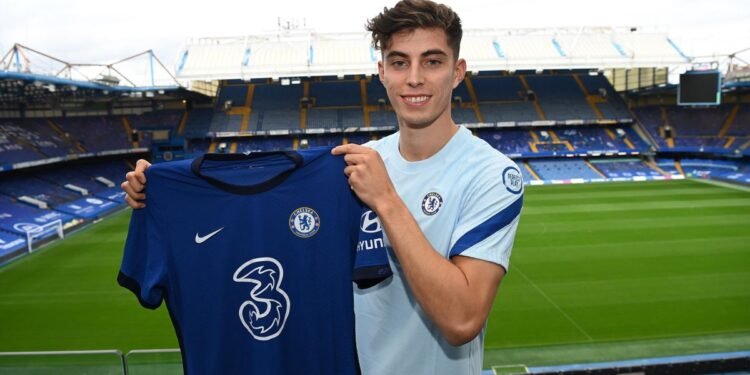 Chelsea has completed the signing Germany and Bayer Leverkusen midfielder Kai Havertz for £71m, the player penned down a five-year contract with the English Premier League side. The Germany international who has scored 36 goals and contributed 25 assists in 118 appearances for the Bundesliga club will the seventh player Chelsea is signing after the signing of Malang Sarr from Nice and Ben Chilwell from Leicester City.

He is Chelsea’s second most expensive signing after Kepa Arrizabalaga joined from Athletic Bilbao (£71.6m) in 2018. According to him, he said: “I am very happy and proud to be here. It is a dream come true to play in a big club like Chelsea.” The £71m fee for Havertz includes add-ons. Chelsea director Marina Granovskaia said: “Kai is one of the best players of his age in world football, so we are very happy that his future lies at Chelsea.

Commenting on the siging of the 21-year-old Lampard said: “He is an exciting, dynamic talent. We are delighted to be able to add his versatility and quality to the squad before the season begins.” He follows forward and compatriot Timo Werner, midfielder Hakim Ziyech, and defenders Xavier Mbuyamba, Malang Sarr, Ben Chilwell and Thiago Silva to Stamford Bridge. The versatile midfielder, who can also play up front, has scored once in seven appearances for Germany.

Chelsea begin their Premier League campaign away at Brighton on Monday, 14 September (20:00 BST).