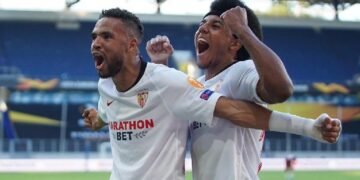 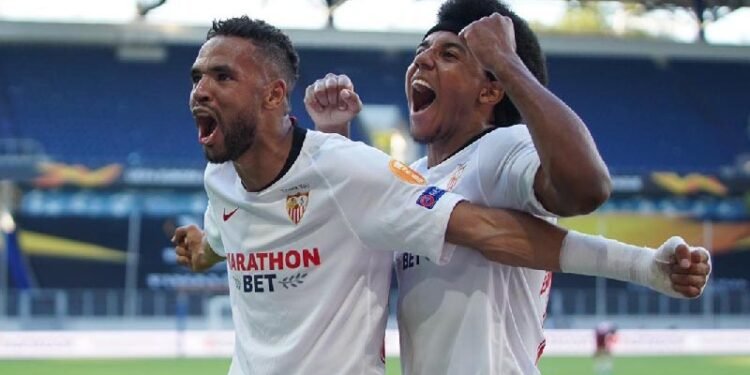 Five-time Europa League winners Sevilla eliminated AS Roma yesterday to book their place in the next stage of the Europa League, the Spanish side progressed to the Europa League quarter-finals through a 2-0 win over the Italian side. They will face Premier League side Wolves who beat Greece side 1-0 last night.

On-loan Real Madrid left-back Sergio Reguilon slotted in the opener in the first half before Youssef En-Nesyri converted Lucas Ocampos’ cut-back to double the lead just before the break. It was a disappointing night for the Italian side as Gianluca Mancini was shown a red card in injury time after a video assistant referee review deemed he had elbowed Luuk de Jong.

Thursday’s match was played as a one-off tie in Duisburg, Germany after the first leg was postponed due to the coronavirus pandemic. Jules Kounde headed Ever Banega’s cross on to the crossbar after 12 minutes as Sevilla made the better start to the first-ever competitive meeting between the sides.

Roma was unable to find a second-half response and Sevilla were denied a third when Kounde’s finish from Munir’s cross was flagged offside, while Banega’s injury-time free-kick struck the bar. Sevilla, unbeaten in 18 in all competitions, have won the competition more than any other side and have gone on to lift the trophy on each of the past three occasions they have reached the quarter-finals.

It was announced earlier on Thursday that US billionaire Dan Friedkin had signed a deal worth 591m euros (£532m) to take over Serie A side Roma.