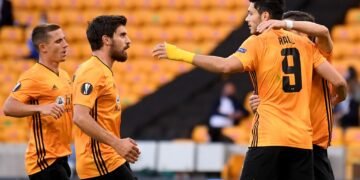 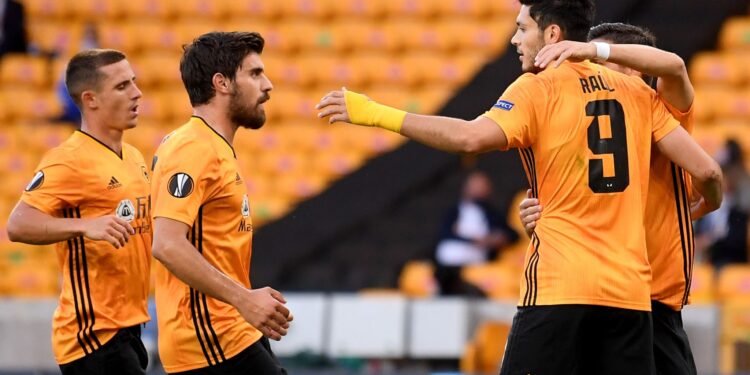 Mexico and Wolves forward Raul Jimenez scored the only goal last night to guide his side to the Europa League 2019/20 quarter-finals, the Wolves skipper said Wolves want to “achieve big things” after they reached the Europa League quarter-finals by beating Olympiakos. Raul Jimenez’s penalty secured a 1-0 win over the Greek champions at Molineux on Thursday and a 2-1 victory on aggregate.

It is the first time in 48 years that Wolves have reached the last eight of a major European competition. Jimenez said: “We want to keep going. We know we can do it.” The player told reporters saying: “It’s a long, long season. We started last year but we are here. We head to Germany. It’s big.”

About some months back Wolves manager said they are going for trophies, with this development we are optimistic they are actually going for trophies truly. Wolves whose season started 383 days ago, will play five-time winners Sevilla in a one-legged quarter-final in Duisburg on Tuesday. The competition will be completed with a ‘final eight’ tournament in cities across Germany after the coronavirus pandemic caused the football calendar to be suspended in March.

The quarter-finals begin on Monday and the final will take place on 21 August in Cologne. Wolves manager Nuno Espirito santo said: “It is exciting to be in the last eight – we started before everybody.” “The only pity is we should be at Molineux for the quarter-finals. “Football gives us good moments, bad moments, but it’s so enjoyable to compete. These boys like to play football.”

Wolves captain Conor Coady told BBC Radio 5 Live: “We want to keep going. We worked so hard and we don’t want to stop. “It is a brilliant football club. It is Wolves versus Sevilla and I don’t think anyone thought we would be saying that three years ago.”