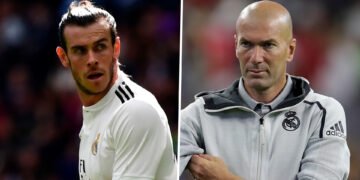 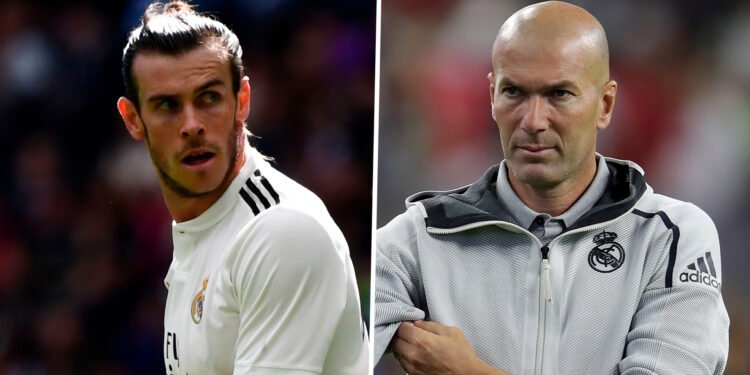 Real Madrid manager Zinedine Zidane has come out to clear the air on why Gareth Bale was left out of the Real Madrid 24-man Squad, according to the French man he said Gareth Bale told him saying: he “didn’t want to play” in the Champions League last-16 second-leg tie against Manchester City.

The Wales forward Bale has been left out of Real’s 24-man squad for Friday’s match, the 31-year-old only started 14 games in all competitions in 2019-20 and has played just twice since football in Spain restarted in June. Real Madrid manager said: “It was a personal conversation I had with him. He preferred not to play.”

Zidane also said: “The rest remains between me and him but he said he didn’t want to play.” it is gathered that Bale decided not to travel to England because he knew he had no chance of being involved in the match. Manchester City won 2-1 in the first leg in Spain in February before the coronavirus pandemic caused the competition to be halted for almost five months.

The winners of the tie will play either Lyon or Juventus in the quarter-finals. Bale who was set to move to Chinese Super League club Jiangsu Suning last summer before the deal fell through has looked indifferent in recent weeks, including pretending to be asleep as a substitute as Real went on a 10-game winning run to become Spanish champions.

Zinedine Zidane said: “I don’t know. Now he is a current player at Real Madrid. That has not changed. He is our player. “I respect that and I respect him, like everyone else. “He preferred not to play. That is the only thing I can tell you. The rest of us are all here, preparing for the game. The only thing we are concentrating on is the game.”