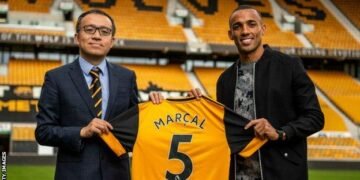 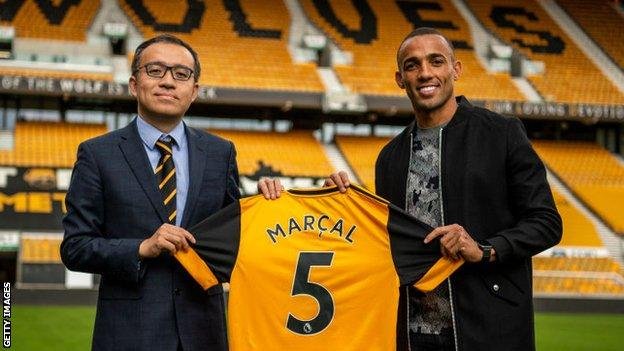 Wolves have made their second signing in two days after completing the signing of 31-year-old Lyon’s Brazilian left-back Marcal. The 31-year-old penned down a two-year contract at Molineux, with Wolves paying Lyon a fee of 2m euros (£1.78m). Marcal has spent the last three seasons with Lyon and helped the French side reach last season’s Champions League semi-finals.

On Saturday Wolves signed FC Porto Portuguese teenager Fabio Silva for a record fee of £35.6m, Marcal is the second player to join the English Premier League side. Marcel can operate as an orthodox left-back or at wing-back and will bolster manager Nuno Espirito Santo’s options in that area after Jonny Castro suffered cruciate knee ligament damage in Wolves’ Europa League last-16 victory over Olympiakos last month.

Wolves are hoping to make further signings before their opening Premier League game at Sheffield United on Monday, 14 September, with a midfielder and a right-sided defender who will replace Matt Doherty who joined fellow Premier League side Tottenham Hotspur. Wolves chairman Jeff Shi said: “Having played over 280 games in top leagues, as well as Champions League football, Marçal will add a huge amount of experience to our young team.”

He also said: “He is a player with the technical ability to be able to contribute in the build-up play from the back, all the way through to threatening the opposition in the final phase.”