One of the most trending series in Nigeria today is the series SELINA TESTED, this Social media and online streaming series have generated lots of viewers since it was released. The most recent of the series episode 25 was released yesterday Sunday and in less than 24 hrs it already has over 100 thousand views that are to tell you the number of people following it.

What is SELINA TESTED all About

The series SELINA TESTED is a story of two ghetto boys who grew up in a place where streetwise is the core for survival. In the story, one of the boys had his mother killed by a rival in the same neighbourhood. The fight to avenge the death of his mother is now the sole aim of the series.

Vengence made the boy whose mum was killed travelled to another land and killed the mother of the boy who killed his own mother. This fight did not end as the guy who started the killing by name SIBI went on to do black magic which made his body impenetrable by bullets or cutlass.

Chi-boy and Aboy who also have the same powers are now threatened as SIBI came back with a more stronger power. This is a brief summary of the movie SELINA TESTED. This movie has crept into our homes and even though it is rated 18 children younger than 18 are watching it.

The slangs used in the movie are now like normal language on the lips of children and even though the movie was not aiming to promote cultism that has become what 60% of viewers now see.

The series has scenes of violence more and so children who watch this movie are now indirectly promoting violence. The languages used in the movie are said to be cultist slang and languages and that is what children are now inclined to.

Questions now are, is the movie of any moral importance to the society or if there is anything positive to gain from the movie after watching. The Port Harcourt-based movie can be said to have impacted the general public more negatively than positive even though the producers do not intend it to be so.

THE EFIK PEOPLE OF NIGERIA

THE EFIK PEOPLE OF NIGERIA 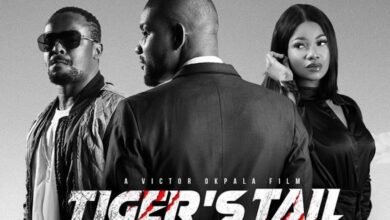