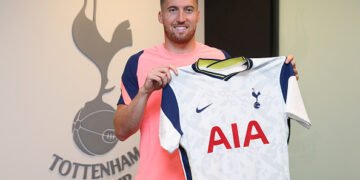 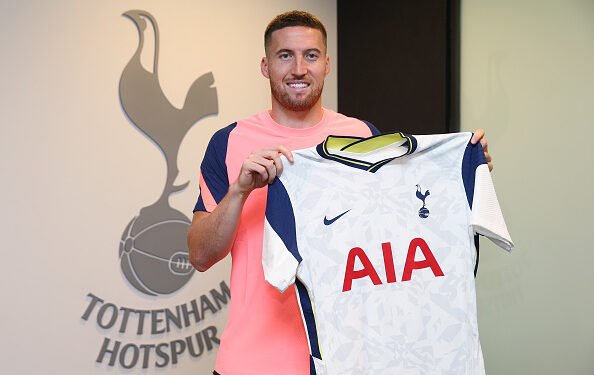 Tottenham Hotspur has completed the signing Wolverhampton defender Matt Doherty on a four-year-contract,. the player was signed for an undisclosed fee. The Republic of Ireland 28-year-old right-back made over 300 appearances for Wolves after joining from League of Ireland side Bohemians in 2010.

Matt Doherty is Spurs’ third signing of the summer following the arrivals of midfielder Pierre-Emile Hojbjerg and goalkeeper Joe Hart. Speaking to press, Matt Doherty said, “I’m very proud to be joining such a big club.” “[They have] the best stadium in the world and possibly the best training ground in the world. “Once I knew there was interest, it was a no-brainer for me.” He also said, “My time at Wolves was fantastic I haven’t got a bad word to say about the whole club at all. I just feel like coming here is going to take my game and my career to the next level”.

Doherty played in every Premier League game of Wolves’ 2018-19 campaign and helped Nuno Espirito Santo’s side to back-to-back seventh-place finishes since promotion from the Championship. They made the quarter-finals of last season’s Europa League but missed out on European football for 2020-21. Spurs finished sixth in the top flight last term ahead of Wolves on goal difference which means they will play in the 2020/21 Europa League.

Doherty’s move is also a welcome financial boost to Bohemians, who had put a 10% sell-on clause into the deal that took him to Wolves. On Thursday, the Dublin club missed out on a cash bonus after they lost on penalties to Hungarian side Fehervar in the Europa League.