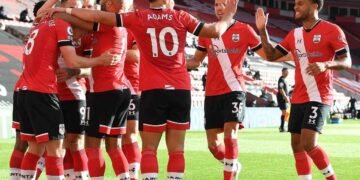 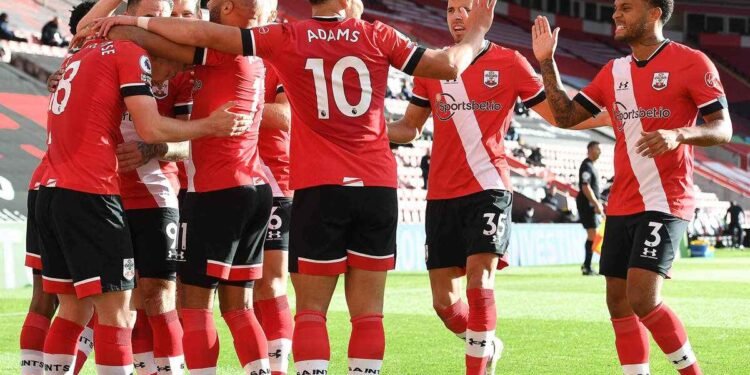 James Ward-Prowse beat Jordan Pickford with a ferocious finish before Che Adams doubled the lead with the help of a deflection, Danny Ings involved in both goals. Everton went into the game having taken 13 points from their first five games but missed injured captain Seamus Coleman. Gylfi Sigurdsson struck the bar from 20 yards when the game was goalless, but the visitors struggled to seriously test keeper Alex McCarthy and finished the game with 10 men.

Full-back Lucas Digne was sent off after he was shown a straight red card after a nasty challenge on Kyle Walker-Peters, the second successive game in which Everton have had a player sent off after Richarlison’s dismissal in last week’s Merseyside derby. It is one year since Southampton were humiliated 9-0 by Leicester City in front of their own fans, a result that had many questioning Ralph Hasenhuttl’s future.

The Saints played with intensity and purpose, and so deserved the win, Everton is still topping the league on goal difference. It is the first game this season that Calvert-Lewin is playing without a scoring a goal he is still however, the top goal scorer with seven goals to his name.