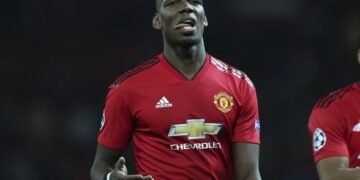 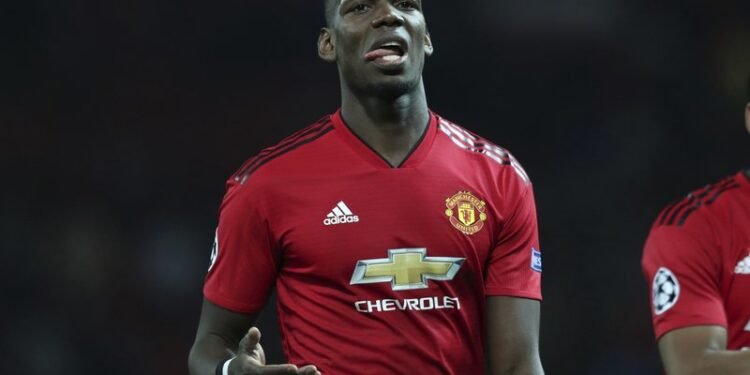 Manchester United and France midfielder Paul Pogba have tested positive for coronavirus disease. According to reports the United star is not the onlky player oin hte English Premier League to have the virus, a couple of Chelsea players have also test positive to the virus as well, also, Tottenham midfielder Ndombele has also tested positive and has been removed from Didier Deschamps’ Nations League squad.

He had his troubles making a statement with Spurs boss Jose Mourinho but the former Lyon star was able to overcome his challenges towards the end of the season. The news about Paul Pogba’s result was made known by his super agent Mino Raiola, he recently confirmed that his player Pogba will not be leaving Manchester United this summer before confirming that the France midfielder have been confirmed positive to coronavirus.

Also, Chelsea’s preparations ahead of the new season have been thrown into turmoil after they were hit by a coronavirus outbreak. The Blues confirmed a number of players have contracted Covid-19 and are in quarantine to limit the threat of further spreading among the squad. It is gathered that about four of their players have been confirmed positive to the virus.

Tests were held for English Premier League clubs that are preparing for their pre-season game, about fourteen positive tests were recorded at 12 different clubs who returned to pre-season training at the start of last week, including Sheffield United, West Ham and Brighton. As Chelsea confirmed the signing of left back Ben Chilwell for around £50million from Leicester, the player also underwent a test which came out negative and the player will now be fit to play their pre-season on Saturday with Brighton which will be the first Enflish Premier League game to be played with fans after the outbreak of coronavirus.