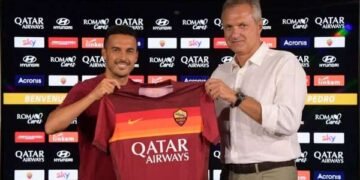 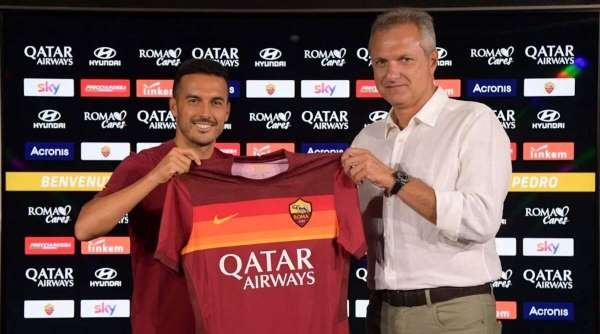 Spanish and Chelsea winger Pedro Rodriguez has completed his move to the Italian Serie A league, he signed for AS Roma as a free agent after undergoing medical at the club. The former Barcelona star parted ways with the Blues this summer following the expiration of his contract with the Premier League side.

Having joined the Blues from Barcelona five years ago, the 33-year-old was part of their Europa League success last year. He also won an EPL title and one FA Cup during his reign at Stamford Bridge while scoring 43 goals and 28 assists in 206 appearances across all competitions for the club.

Pedro Rodriguez signed a three-year deal with the Giallorossi and his contract is due to expire in June 2023. While reacting to his move to the Serie A club, Pedro told the club’s official website: “I’m delighted to be here at Roma. “I’m excited for this challenge and to compete to achieve our targets over the coming seasons.

Pedro also said: “I want to thank the fans for the welcome they’ve given me. I hope to make them happy.” He was part of the Chelsea team that lost the FA Cup title to London rivals Arsenal at the Wembley Stadium earlier this month.