Among stars to leave the club anytime soon is former Manchester United player Ander Herrera who joined in 2019. The 31-year-old midfielder has scored just two goals so far for the club in as much as 42 appearances.

Other players in the list include Julian Draxler, Leandro Paredes, Thilo Kehrer and Idrissa Gueye. All these players have been named to leave among the players to leave the Parisians.

Mauricio Pochettino is looking at bringing Hugo Lloris, Dele Alli and Christian Eriksen to reunite with them. Dele Alli has been struggling with form under Jose Mourinho so this could be his escape route at the end of the day.

The former Southampton and Tottenham Hotspur boss Mauricio Pochettino officially became the new PSG manager after his appointment was confirmed on Saturday, January 2 barely days after the departure of Thomas Tuchel.

The former Tottenham Hotspur and Espanyol manager has also said big players are welcome in the club. Rememeber one of the reasons behind the sack of Tuchel was him saying there are too many big players in his team. 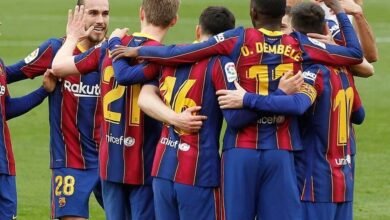