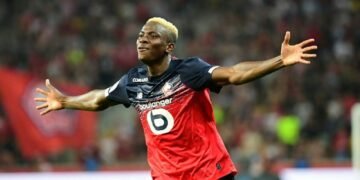 Osimhen Beat 8 Players to Win a prestigious Award in France

Osimhen Beat 8 Players to Win a prestigious Award in France 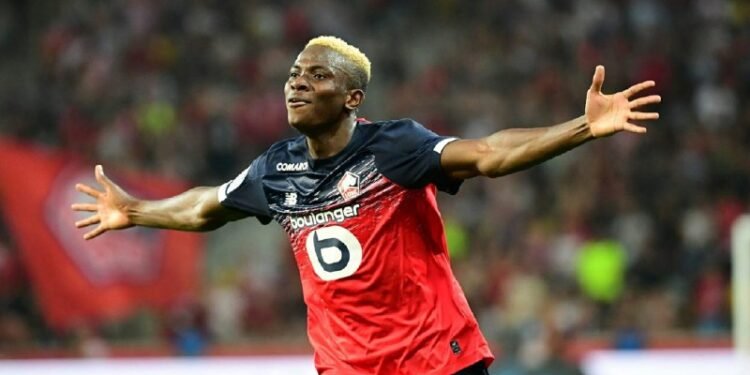 Former Wolfburg and current Nigerian striker who currently plays for Lille in France, Victor Osimhen has been named best African player in their league, the 21-year-old attacker beat his international team-mate Moses Simon and eight other African stars to the win the prestigious award.

Victor Oshimhen is the second Nigerian to win the award after Vincent Enyeama who won the award back in 2014. Algerian Islam Slimani of Monaco and Morrocan Yunis Abdelhamid who plays for Stade de Reims came second and third respectively. Osimhen, who was also voted Lille player of the season scored 18 goals and recorded six assists in 38 appearances across all competitions during the campaign.

Six players from the club have won the award in the past, and the player are Ivory Coast forward Gervinho, he won it in 2010 and 2011, Enyeama was the winner in 2014, while Sofiane Boufal won the award in 2016. Nicolas Pepe before moving to Arsenal won the 2019 edition.

Victor has really shown much improvement since his arrival to the club as such he European clubs have been coming for him, the likes of Italian Serie A giants Napoli, English Premier League sides like Manchester United, Arsenal, Chelsea and Liverpool are all looking to sign the young attacker.