Fifteen years after Nigerian Manchester United fans witnessed the collapse of John Mikel Obi's transfer to Manchester United, they will now smile as Odion Ighalo signs for them. Nigerians will finally

Odion Ighalo of Nigeria has made record as he pens down six months’ loan contract with Manchester United. Ighalo becomes the first Nigerian to be signed by the England giant Manchester United, he will be resuming training today and he is already excited.

The 30-year-old Nigerian has played for over six different clubs across Europe since he left F.C Julius Burger in 2006. Odion Ighalo started his international career with Olympic Lyon in the French Ligue one where he scored 9 goals in 20 league appearances. He later moved to Granada of Spain on loan in Spain.

After a successful season with the Spanish side where he scored 16 goals in 26 games the club decided to make his deal a permanent one. Ighalo also played for English Premier League side Watford where he scored a total of 36 goals in 90games. Odion Ighalo who won the highest goal scorer in the just concluded AFON tournament which was held in Egypt signed for Chinese club side Changchun Yatai.

He scored 36 goals in 55 games winning the top scorer of the league and was later sold to another Chinese club side Shanghai Greenland Shenhue. The former Nigerian attacker scored 10 goals in 17 games. The just-concluded transfer window was a blessing as Manchester United which has been his dream team came for him.

“It will be a Dream Come true for me” Odion Ighalo

Odion Ighalo is a boyhood fan of United and so was excited about the loan deal. When he was asked about how he felt been offered a loan move to Manchester United he referred them back to 2015 after Watford’s promotion from the Championship. He told them he was once asked the club he looked forward to playing for he said Manchester United.

With no hesitation then, he said: “Old Trafford. It’ll be a dream come true to play Manchester United, the team I supported in my youth”. “It is dream come true for me.” Five years later Odion Ighalo is now a Manchester. Ighalo on his arrival to in the airport said he will do everything he can to help the team reach a great height. He further said he will rest and then hit the training today which is Monday.

Manchester United Boss ole seems happy with the Nigerian, he said: Ighalo is a natural number nine and a natural goal scorer with pace and power. “Ighalo finished as top scorer at the 2019 Africa Cup of Nations and you can say the kind of attacker he is.” He added

“Odion is an experienced player,” “He will come in and give us an option of a different type of centre-forward for the short spell he’s staying with us. “A great lad and very professional, he will make the most of his time here.” said United Manager Ole Gunnar Solskjaer.

He is Manchester United’s first senior loan signing since Radamel Falcao’s of Columbia who arrived from Monaco in 2014. Fifteen years after Nigerian Manchester United fans witnessed the collapse of John Mikel Obi’s transfer to Manchester United, they will now smile as Odion Ighalo signs for them. Nigerians will finally get a chance to see one our own in the United jersey.

It may interest you to know that Ighalo was given an offer by Barcelona earlier last but he did turn it down. He will now be replacing the injured Marcus Rashford who is still in the recovery room and he will be playing his game against Chelsea. Manchester United fans in Nigeria are really can’t wait to see him do his thing in the United jersey. 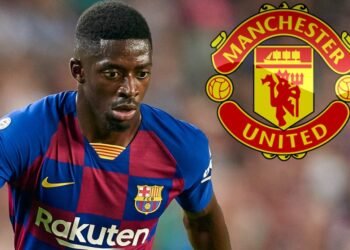