A viral breakup has caused an internet stir as Nigerian lady dumps boyfriend over Kim Kardashian.

In her years of being a reality Tv star and public figure, Kim Kardashian has amassed millions of fans who see her as the perfect role model and would attend to her every whim. However, the extent this lady went in her love for Kim Kardashian has shocked many.

This story was shared by a popular Twitter academic, Ayo Sogunro, who came to the platform to say that his girlfriend just dumped his friend over Kim Kardashian’s view.

‘So my friend got dumped by a woman he had just started seeing and I’ve been *laughing* all day.’

The lady felt offended at her man calling her idol, Kim, talentless. Although the man insisted he did not air his opinions in that manner, the lady insisted that their view were unaligned and called it quits.

Mixed reactions have been pouring on on this matter. While some dismissed the lady as immature, others felt she had the right to air her feelings and choose to leave. 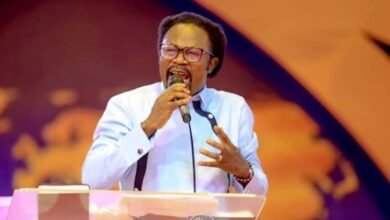