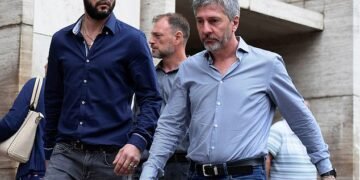 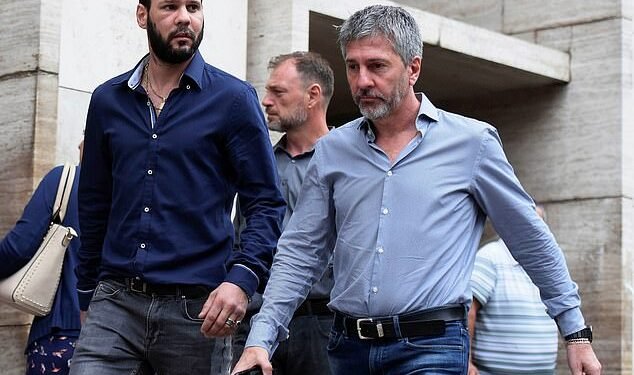 Lionel Messi’s father, Jorge, is ‘already in England and reports has it that he is currently negotiating a transfer,’ with Manchester City for the Barcelona skipper. The 33-year-old is set to quit his childhood club after nearly 20 years following a major fall out with the hierarchy. Lionel Messi made the announcement of his departure from the Spanish side after the 8-2 lose to Bayern Munich in the Uefa Champions League.

Many clubs have been coming for the player since he made the announcement but Manchester City looks favourites to land the Argentine if he does leave, reuniting with Pep Guardiola. According to reports, Lionel Messi’s father Jorge Messi has landed in England to discuss terms over a sensational Etihad switch.

The reports add that a two-year deal is being mulled over by Messi’s father, however, it is still unclear whether a transfer fee would need to be paid. Man City chief executive Ferran Soriano believes that his side will successfully swoop in and take the six-time Ballon d’Or winner for free. The 53-year-old, however, has reached out to Messi’s camp to assure them that City can afford to sign him even if they have to pay a transfer fee on top of his mammoth weekly wages.

It was also gathered that Paris Saint-Germain would be the Argentine’s preferred choice where he could link up with Kylian Mbappe and former team-mate Neymar. Also, Manchester United have shown interest in the player but Mesi have not said anything about the club he will be going to yet.

BBNaija 2020: Four men have slept in my bed- Dorathy