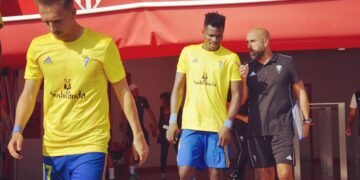 Meet the only Nigerian La Liga Defender after Omerou got Relegated

Meet the only Nigerian La Liga Defender after Omerou got Relegated 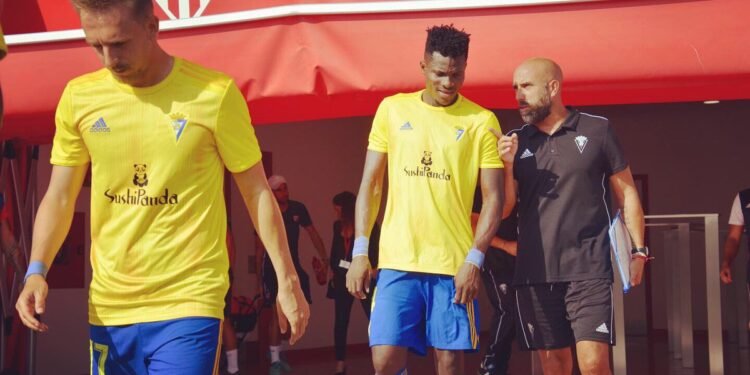 Keigo Erimuya is set to replace Super Eagles star, Kenneth Omeruo as the only Nigerian Spanish La Liga defender in the 2020/2021 season which starts on the 11th of September. Chidozie Awaziem and Kenneth Omeruo’s team got relegated to the Spanish second tier with Leganes last season Chidozie Awaziem returned to his mother club and FC Porto and was loaned to fellow Purtuguguese club Boavista.

The 22-year old Erimuya currently stars for Cadiz CF who finished second in the Segunda Division last season to secure promotion to the Spanish La Liga for the new season. Erimuya started 26 games for Cadiz II last season clocking 2,340 minutes in the Segunda B and has been listed in by the head coach, Alvaro Cervera’s main team for this season despite only making it to the bench on three occasions in the promotion run.

The Benin City-born player previously started and played all 38 games for Cadiz II in the 2018/19 season clocking 3,395 minutes and scoring seven goals. Erimuya had a stint playing for the Nigerian U-23 team in 2016 when the Dream Team failed to secure a ticket to the Olympics in Rio, Brazil. Also set to feature in the LaLiga Santander in the new season is fringe Eagles midfielder, Kelechi Nwakali who secured promotion with SD Huesca.

BBNaija 2020: Erica’s Manager Cries Out After Fake New Spread About Her