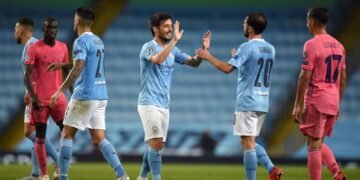 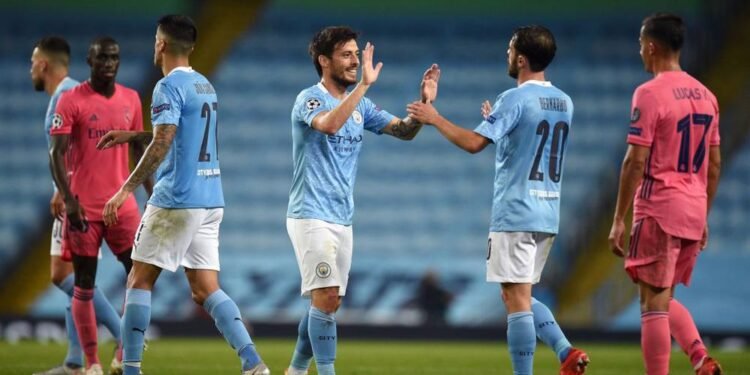 It was a clash of two great coaches as Pep Guardiola’sManchester City hosted Zinedine Zidane’s Real Madrid, Man City beat Madrid on aggregate to reach the Champions League quarter-finals. It ended 4-2 on aggregate, they have now booked their place with the winners of the game between Juventus and Lyon. Zidane who recently won the manager of the year ahead of Klopp and Guardiola has now failed to defend his championship in front of one of the coaches he was nominated with.

Leading 2-1 from the first leg, Manchester City extended their aggregate lead through Raheem Sterling’s close-range finish after Raphael Varane’s mistake. French international Karim Benzema equalised on the night with a header but Brazil forward Gabriel Jesus made it 4-2 on aggregate after another shocking error by Varane.

Manchester City will play Juventus or Lyon in a one-off quarter-final tie on 15 August. It is the third successive season Pep Guardiola’s side, who finished second in the Premier League table, have reached the last eight in Europe’s premier club knockout competition. Man City is seeking to win the Champions League title as they have not won it before and they have never reached the semi-finals since 2015-16 when they were knocked out by Real Madrid.