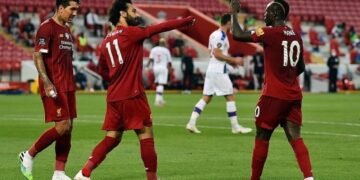 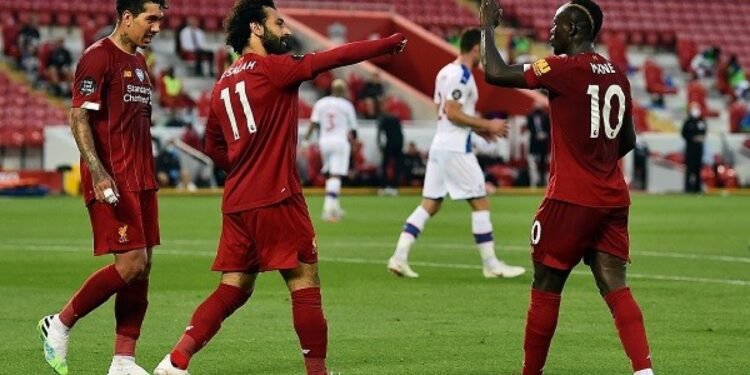 Liverpool has moved to within a touching distance of their first title in 30 years as Crystal Palace were brutally beaten behind closed doors at Anfield. Manchester City has to now beat Chelsea, by all means, to further delay the inevitability of Liverpool’s coronation as Premier League champions.

After the goalless Merseyside derby at Everton on Sunday, they came back stronger and better, it was their first home game since the campaign was halted because of the coronavirus pandemic and beating Palace was the very right message to send to fans who were watching from their various homes.

Trent Alexander-Arnold opened the scoring for Liverpool through a superb free-kick after 22 minutes and Mohamed Salah effectively settled the contest with a cool finish from Fabinho’s brilliant pass just before the break. Fabinho registered his name in the sheet through an excellent 30 yards shot which beat Wayne Hennessey in the 54th minute. Salah set Mane to score in the 69th minutes of the game and Mane gave a fine finish and celebrated with Black Lives Matter posture.

Liverpool manager Jurgen Klopp told said: “Imagine how this stadium would have been full today and all the people could have experienced it live. “I don’t think the game could have been better because my boys played like everybody was in the stadium. The atmosphere on the pitch was incredible. That was the best counter-pressing game I have ever seen. “The boys are in good shape and in a good mood and it was important we showed our supporters we are still here and we do not want to wait.”