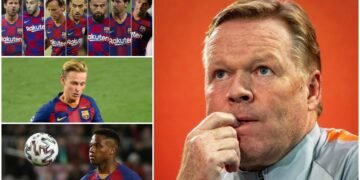 Koeman Points out 4 Big Names in Barca to Leave

Koeman Points out 4 Big Names in Barca to Leave 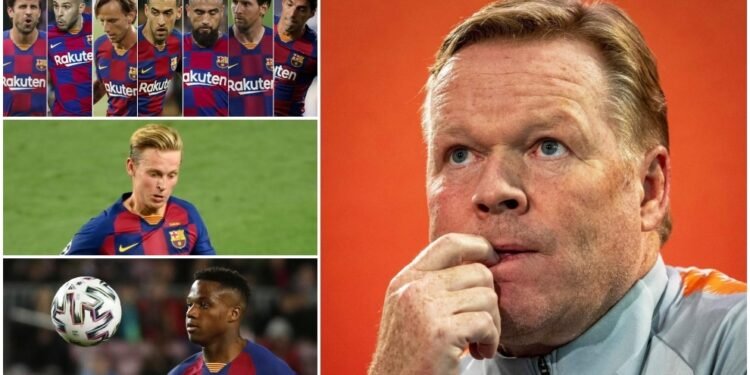 Newly appointed Barcelona head coach Ronald Koeman has begun his rebuilding process in the club as he has told four top players in the club to go find another club to play for. According to reports the four players to leave Nou Camp soonest are Luiz Suarez, Ivan Rakitic, Umtiti and Aturu Vidal, all this four players has been told to look for another club to player for.

Having seen what masterminded the exit of his predecessor Setien at Barcelona, the Dutchman is hoping to stage a massive rebuilding of the team before the season resumes, he made move for Liverpool midfielder Wjuenadum to start building his midfield. Setién who find to lift any trophy in the 2019/20 wassacked days after their humilateing exit from the Champions League.

After Real Madrid won the League title, Barcelona shifted their attention to the Champions League, but they were bundled out losing 8-2 against the German champions. According to the report by UK Mirror, Ronald Koeman has told former Liverpool man Luis Suarez that he will not be needing him in his new team, he also told Umtiti, Rakitic and Vidal to find new clubs this summer.

The report added that Koeman even told these four players that their contracts at the Nou Camp could be terminated this summer. Koeman is also trying to convince captain Lionel Messi to commit his future to the club as the Argentine has made it known that he might be in the club next summer.

Ronald Koeman is also trying to bring back Brazilian star Philippe Coutinho to Nou Camp. Cristiano Ronaldo has reportedly sent a message to Lionel Messi telling him to come to the Italian Serie A with Inter Milian showing interest in the player, the player has however not said anything about the club he intends to go to yet.

Uefa Super Cup to be Attended by About 20,000 Fans