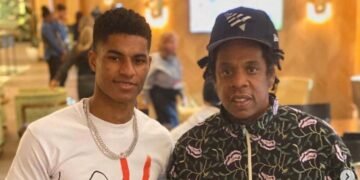 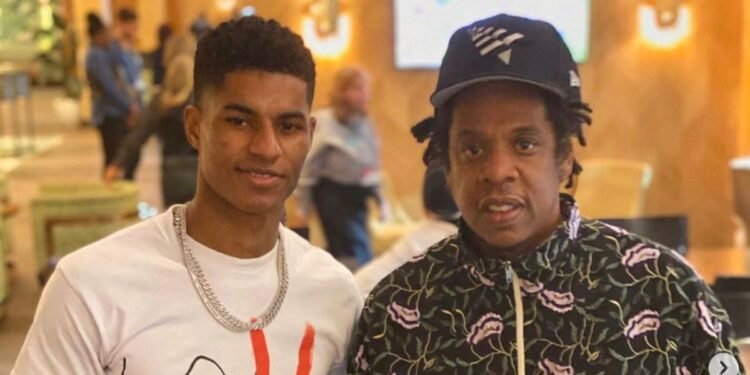 Roc Nations sport is a division of Roc Nation; a full-service management and entertainment company founded by American rapper and music legend, Jay-Z. The company announced via its Twitter account today the official signing of Marcus Rashford.

Marcus Rashford achieved a great feat earlier in the month by making the United Kingdom Prime Minister make a u-turn and allow the feeding of school children possible after the Manchester United star had raised 20 million pounds for meal funds.

Roc Nation is said to play a part in the fund raising which has got Rashford praises from all quarters including Jay-Z as well as the agency president, Michael Yormark.

Marcus Rashford has been working with Roc Nation Sports since April 2020. This was after Marcus Rashford and Jay-Z were pictured together at the Super Bowl in Miami, Florida, February 2020.

The ‘Red Devils’ forward who has been described as a ”shining example” and an embodiment of the company’s focus of protecting and defending those that can’t protect and defend themselves by Micheal Yormark has officially joined other footballers on the agency’s list.

Other players on the agency roster include Manchester City’s Kevin De Bruyne and Aston Villa’s defender, Tyrone Mings. The management is in charge of the players’ PR and marketing.