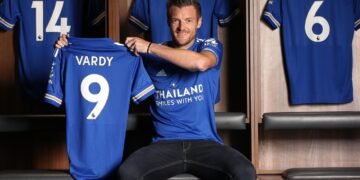 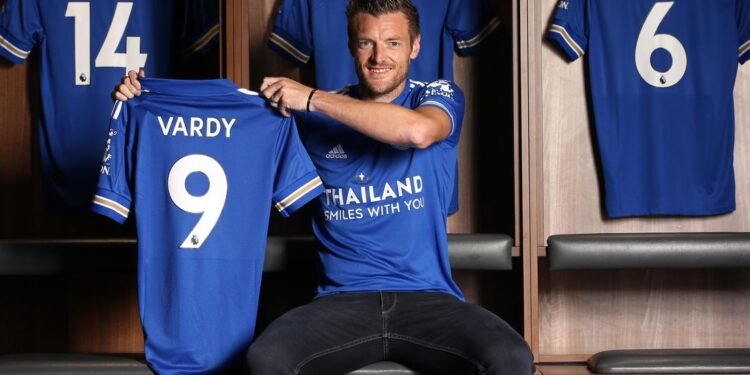 Leicester City striker Jamie Vardy has agreed on a new deal that will keep him in the club until 2023. The 33-year-old’s current deal with the King Power Stadium was due to expire in two years, he has, however, been rewarded with a one-year extension after finishing last season as the Premier League’s top scorer with 23 goals.

According to Vardy, he said: “It’s a special feeling to be able to commit my future to Leicester City once again.” He also said: “I love playing my football in front of our fans at King Power Stadium and I’m delighted to continue this journey at such an exciting time for the club.” “We have a fantastic team that I believe is capable of getting even better and I can’t wait to see what we can achieve together in the next few years.”The new deal will extend his stay with the club to 11 years after he joined the club in 2012.

Jamie Vardy played a key role in helping Leicester win the Premier League title in 2015-16, scoring 24 goals that season. In June he reached a significant career milestone by scoring his 100th Premier League goal, becoming the 29th person to meet that goal. The former FC Halifax and Fleetwood striker have far scored 130 goals in 310 appearances in his eight years at the King Power Stadium.

BBNaija 2020: Tonto Dike’s Ex, Churchill Disagrees With Ooni of Ife, Fani-Kayode, Tells Government What To Do