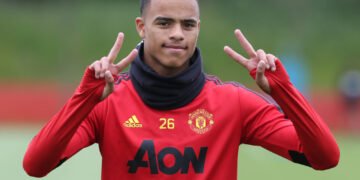 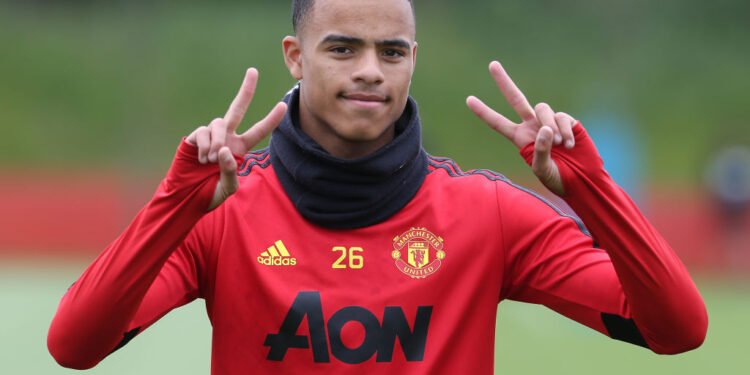 Manchester United and England forward Mason Greenwood says he wants to “break records and be remembered forever” after earning a first England call-up. The 18-year-old said it is a “dream come true” to be selected for England’s Nations League games in Iceland on Saturday and Denmark three days later.

Mason Greenwood was selected after a breakthrough season for Manchester United, he scored 17 goals in all competitions last season. The young player said: “Obviously any young football player would want to break records,” he said. He also said: “And if you didn’t, there’s something wrong.” “It’s always nice to have visions and goals you set in your football career and that goes for virtually any England forward.” “Just go out there and do your best and break records and just be remembered forever, really.”

“The games have come so quickly and you have to be focused 100% at all times,” he said. “My whole family was excited for me and it’s a dream come true. “It’s happened quick. You can be called on at any time and I got called in for some Europa League games early in the season and took my chances and took every game as it came and just played my football.”

The player also thanked Manchester United head coach for his support and believe he said: “Ole’s a big part of my game, really,” he said. “Obviously he’s helped me to get where I am now and he’s given me the chances to prove to everyone what I can do. “I am glad he’s there and he’s a good manager. When he’s talking to me I am always listening and always taking his advice on.”

No teenager has scored more goals in a single campaign for Manchester United than Mason Greenwood, scoring 17 goals in a single season at his age has put him in the same level with George Best, Brian Kidd and Wayne Rooney. All-time record Premier League goalscorer Alan Shearer has also backed Greenwood to surpass his 260-goal haul in the competition.

Greenwood represented England at the Under-17, Under-18 and Under-21 level, and says senior boss Gareth Southgate is a “great coach”. “He just said to me to take my chances and play with a smile on my face and that’s what I’ll try to do.” “Obviously I’m ready to compete with anyone. Everyone is pushing for individual places, that’s what it’s all about what its all about, but we are a team here.”

BBNaija 2020: Ubi Franklin Slams Erica For Her Comment About Laycon 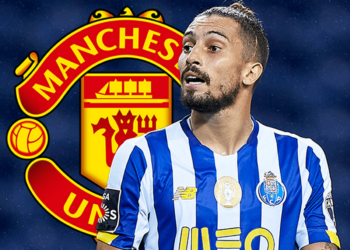 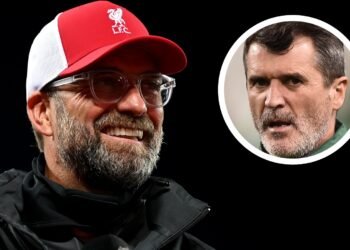