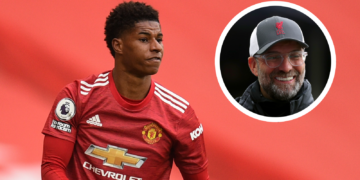 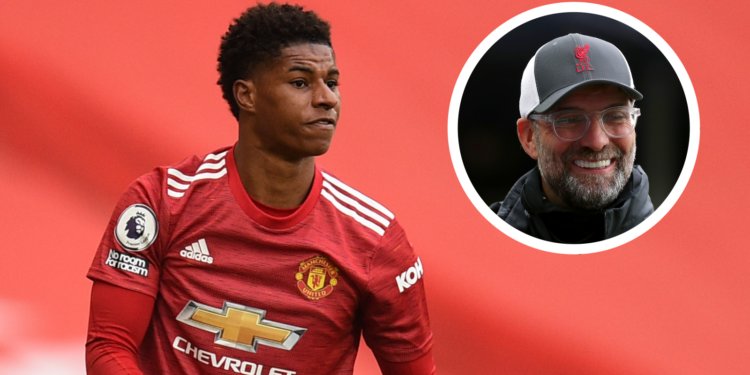 Klopps admits his pride for Rashford

Liverpool manager Jurgen Klopp has admitted his admiration of England and Manchester United 22-year-old striker Marcus Rashford, the young player has been doing great work off the pitch of play and it has attracted many sportspeople to his admiration. Marcus Rashford started a project dyuring the general lockdown across Europe to help provide meal for the poor and needy and he has been getting support now.

He raised a motion to extend free school meals over holidays during the Covid-19 pandemic but it was rejected by MPs. Liverpool manager Jurgen Klopp said: “He plays for United, which makes it really tricky.” “But in these moments we are as footballers and as human beings always united. “What Marcus has started is absolutely incredible. It is so nice.”

There few places which the free food sharing venues will be located of which fish and chip shops, pubs, restaurants and cafes are all listed among the hospitality venues to offer free meals. A growing number of councils across England, including Liverpool, have also pleded to give food vouchers over half term.

The Manchester United striker was made an MBE this month after his campaign resulted in the government reversing its decision and allowing about 1.3m children in England to be able to claim free school meal vouchers in the summer holidays. Marcus Rashford called on the government to extend the scheme further but on Wednesday MPs rejected a Labour motion to offer free school meals during holidays until Easter 2021.

He volunteered at the food bank charity FareShare in Manchester on Thursday, where a new warehouse has been named after his mother, Melanie. With everything the player is doing it caught the attention of the champions of England head caoch and the coach said: “I hope his mother is really proud of him.” “I don’t know him but even I am proud of him.”

“Football can be really wondrous in moments and it shows that the subject is really, really serious and that is why everybody puts the rivalry aside and thinks about the more important things in life.” “So I am really happy that Liverpool can show this solidarity in these moments,” the manager concluded.