Episode two of ‘I Am Laycon’ ends when Lilo makes a cameo appearance while Laycon and Yomi were speaking and although they spoke a bit, the main conversation really started in episode three.

Love Confessions in ‘I Am Laycon’

Episode three begins with Laycon telling Lilo how much he misses her and confessed to liking her while they were in the Lockdown house.

On her end, Lilo was feeling herself talking about how Laycon has been calling her name all over the internet. Shortly, they started flirting, and Laycon asked if Lilo was in any serious relationship. Could Laycon be hinting at something here?

Anyway, Lilo was not down with the game as she did not give any definite answer to that question.

We also get introduced to a part of the Fierce Nation team here. Fierce Nation is the Record Label that Laycon is signed to, and the founder is Gbenga Jackson aka Jackson Fierce.

We also see scenes with Sore, who also works with the Record Label and another rapper in the team.

Talks on the budgeting and funding of the ‘Who Is Laycon’ EP happened while Laycon was on a nationwide Showmax tour. Following that, Laycon made an appearance at the birthday party of one of his biggest fans who contributed over 2.5 million naira to his campaign.

Their friendship has been all over the news for months, and even Laycon confessed it happened organically. It was not out of place for Laycon to be invited for the video of ‘Celebration’. He met up with fellow up and coming artistes like Oxlade, Ckay, Blaqbonez and Jinmi Abduls.

This continues when they go to a famous leisure beach in Lagos. It was supposed to be a hangout with Laycon, Yomi and Bisi, and Joeboy and other musician friends – Scar and Brainee but the latter group didn’t make it in time so Laycon and his crew decided to have some fun.

Laycon was a first-time quad biker, and you could tell from the way he was screaming on the bike that it was. While biking, Yomi had some tough luck after falling out of his bike while chasing Laycon and Bisi. The BBNaija winner also rode a horse for the first time too. Fun times!

After hours of waiting, Joeboy and his friends finally make it to the hangout venue.

Meanwhile, we get a hint of Vee and Laycon’s working process as he took some time at the beach to call her and set up a recording session with celebrity producer, Pheelz.

More to come on the ‘ I Am Laycon ‘ series so stay glued to everyevery.ng

I Am Laycon Ep 6: He Falls Sick; Date Brings Up Erica

I Am Laycon Ep 6: He Falls Sick; Date Brings Up Erica 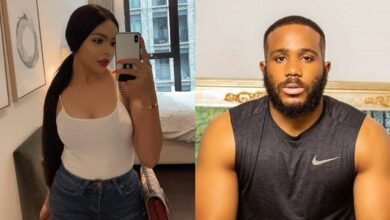