The BBNaija Lockdown Reunion show may finally be airing from July 17 after over 2 months of drama, heartbreaks, friendships and conspiracies in the Big Brother Naija house and months of waiting for it.

After Laycon was declared winner of season 5 of the show, winning N85m, a lot has happened between the ex-housemates.

Right on the show, clicks were formed, but only a few could stand the test of time; some hit the rock before the show’s end, while some others scattered after the show.

Now that the show lovers are looking forward to the usual reunion show, here are some of the things that would be the highlights.

The relationship between Laycon and Erica has remained one of the major highlights of season 5 of the BBNaija show.

Seeing how the friendship between the two went south before the show ended was worthy of note. It is time to have the two ex-housemates be under the same roof once again.

All BBNaija lovers, especially the Elites and Icons, are looking forward to how they will both react after seeing and the possibility of mending.

Hmmm, who would not like to know if truly these two lover birds have broken up as insinuated on social media? You will recall how Erica

You will remember the emotional and physical attractions, right! After the show, the journey looked smooth and then something happened.

As it is, we can’t wait for the two of them to give more details to what happened and bring together the little pieces of hints they dropped here and there.

Nengi and Ozo had their ample space in the hearts and minds of the BBNaija fans. The love and affection Ozo showed Nengi, though he got trolled for it, still stands epic in the history of the show.

Considering that the duo has claimed that they are merely friends months after the show, many of their fans find it hard to believe. So let us wait for more updates at the reunion show. Shall we?

These two friends ended up in a not so cool place before the end of their stay in the Big Brother house.

Their misunderstanding has its root in man issues, and it is not left to Ebuka on how he will try to ask questions that will lead us to know more about the level of things.

Since Neo is the main item between these two, we want to hear more about the developments. This is because hints from the reunion recording show Vee throwing a pillow at Tolanibaj. So look forward to a flying pillow.

Now, this is a major highlight. You mean Dorathy and Prince might not be friends again after all the friendship goals?

They even went on several joint vacations after the show. Prince took Dorathy to the palace to visit his father. No way!

We really must get to the bottom of this; Ebuka must help us ask what happened.

Yes, we are aware that Lilo and Eric had a thing in the house, but it ended after Lilo was evicted from the show. The story went back and forth as they both claimed they were used by each other.

However, a twist came after Laycon got over Erica and voiced his interest in Lilo even after her eviction.

In his words, even Eric can not stop him because he would be coming for her. That was proved when she featured in Laycon’s reality show, tagged “I am Laycon.”

So Lilo and Eric will need to explain more about their failed relationship, at least as they would be facing themselves this time.

Also, we will be waiting for Laycon to tell us more about pursuing his feelings for Lilo.

Other ex-housemates who featured in the BBNaija lockdown house with something to do with each other include, Ka3na and Praise, Ka3na and Lucy, Wathoni and Brighto.

Eric was also rumoured to have slug it out with Ka3na during the reunion show. Trikkytee and Wathoni are friends on a business level.

Kaisha seems not to be out for anybody in particular, but she might also need to settle some underlying issues. 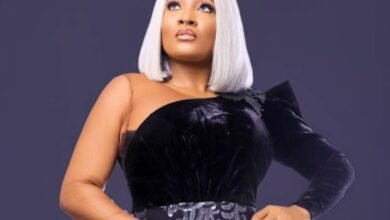