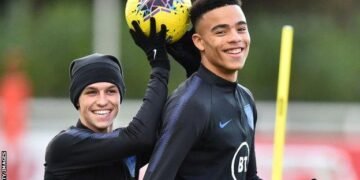 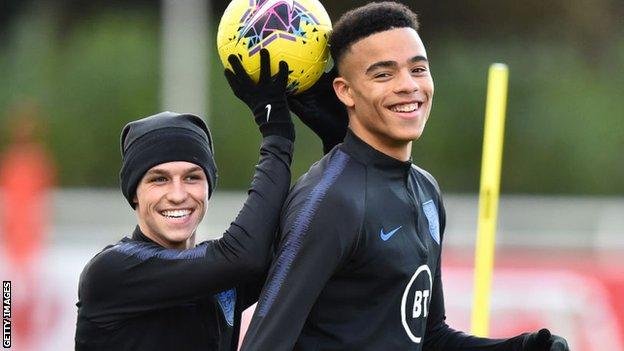 Phil Foden and Mason Greenwood have been asked to leave the England camp after breaking coronavirus quarantine guidelines in Iceland, the order was given by the England head coach Gareth Southgate. The Football Association is investigating the breaches after Saturday’s 1-0 Nations League victory.

Manchester City 20-year-old midfielder Foden and Manchester United 18-year-old forward Greenwood, both made their senior international debuts in the game against Iceland. Southgate described the pair as “naive” and said they have apologised. According to him, he said: “Two of the boys have broken the Covid-19 guidelines, in terms of our secure bubble.”

He also said: “We had to decide very quickly that they couldn’t have any interaction with the rest of the team and wouldn’t be able to train.” “Obviously they have been naive. We have dealt with it appropriately. I recognise their age but the whole world is dealing with this pandemic. “Now they will have to travel back to England separately. “Nothing has happened in the areas we occupy in the hotel.”

Manchester United Greenwood’s England call-up followed a breakout season at United, in which he scored 19 goals, while Foden became a regular starter in Pep Guardiola’s City side in 2019-20. A Manchester City spokesman said Foden’s behaviour was “totally inappropriate” and “fell well below the standard expected of a Manchester City player and England international”.

A Manchester United statement said the club is “liaising with the Football Association and are disappointed with the actions of Mason Greenwood”. England will be facing Denmark in the Nations League on Tuesday to continue their Nations League tournament.