The eagerly anticipated rainy season had finally arrived—the period of planting. No able-bodied man would want to sit at home. Everyone that was good enough for the farm work had to wake early in the morning and embark on a journey to the farms. We always had to walk because of the thick nature of the forest route.

Just like others, my family’s farm was situated far away from the village’s residential hub of mud huts. It was like a hundred kilometers’ journey. We often went there in the morning and came back in the evening. On the farm site, we made ourselves comfortable, as if embarking on a picnic. Our baskets were always filled with everything we needed on the farm. My sister and I usually carried the baskets ahead of our mother, who is a widow.

The women of my village work harder than the men, who like to play draughts and drink. Even on the farm, women do more of the hard work. I remember when my father was still alive; I was just about seven years old when he died. My mother did all the tilling and the ridges. All my dad did was to throw ginger roots unto the soil she’d prepared. That was like the pattern in most homes—mothers worked harder than the fathers. I still wonder why it is like this in my village. I have always wondered why women are referred to as the weaker sex.

When you come to my village, it’s not hard to notice that ginger is our main crop. You are almost certain to find sacks of dried ginger lying everywhere. It’s the major source of income for my people. It is almost mandatory for every Tila family to have a ginger farm. Over the years, we have added to the total output of the country’s ginger production and exportation. Ginger is the most popular crop in the central region of the country—where my village is located. Although, there are other crops like groundnut, potato, guinea-corn, and of course, maize. Nevertheless, ginger is still our favorite crop. We’ve been farming it for many years and we would never stop. The only thing that has discouraged us from farming the crop in the last couple of years is its falling price. In the last dry season, we sold a bag of dry ginger for a paltry sum of five thousand naira as against fifteen thousand and twenty thousand naira of previous dry seasons.

School had started for the second term, but the majority of students were yet to resume. We’d decided to take one week off for ourselves and to help our parents on the farm. Our school was a small secondary school built very close to the main road that leads to the famous Tenfi town.  It was newly built at the time by the community. When it was completed, it was then handed over to the state government for accreditation and proper management.

Being a village school, we lacked teachers. The majority of the teachers that were posted to the school always worked their way into bigger schools with better prospects. There, they met parents that were willing to pay them extra for paying more attention to their children.

In my village, was there anyone that cared about the teachers? All they cared about was farming. Thus, academics was not taken seriously. My people believed that once you can farm, you are good enough to start and take care of a family. This notion affected the performances of the students in my school. In short, the students were not serious.

The few teachers we had often complained about our unserious attitude to education. Since they saw us as unserious students, they didn’t even bother themselves about us. However, some set of temporary staff—the Corpers, were the ones that encouraged us. Corpers have only one year to serve, so, it wasn’t easy seeing them come and leave. They were the ones that really cared about us. They took their time to impress their knowledge into us. I used to wonder why they were always better than our permanent teachers. It must be because they are mainly university graduates—more educated than our permanent teachers—who are mostly NCE holders.

One other thing that amused me about the Corpers was that they didn’t earn any salary from the school, yet they were still passionate about their work. The school paid them nothing for their arduous service; only the Federal Government paid them. I later heard our Local Government of Kiliba paid them about three thousand naira monthly.

Many Corpers came and went, with each one leaving one memory or the other for the students to cherish. The majority of them hailed from the southern part of the country, where we have more educated people. We knew them very well since they lived amongst us in the village. They were accommodated in three modern houses. The homes were given to them by rich villagers who had for long left the village for greener pastures in the big cities of the country like Abuja, Lagos and Warri.

The Corpers were known for different mannerisms in the village. The most notable of them was womanizing or I should rightly say, girlizing. It was very easy for the male Corpers to chase girls since they had little or no distraction in the village. The electricity project that was started was abandoned for three years; all we’d heard were promises upon promises by the Government. For this reason, the Corpers often got depressed in the village. They told us about the need to always charge their phones, watch TV to know what was happening in the country and the world. They also told us they miss watching movies.

All my life in the village, I hardly saw a lighted bulb in the afternoon. I often saw it at night, when the little generators made their annoying crackling sounds. For those that had fuel in their tank, they would always disturb the peace of the village with their generators.

Fuel was a big issue even for the Corpers. They found it difficult to keep fuelling the generators in their home every day. Even worse, the Government had increased the price of fuel by a whooping hundred percent. This meant that we had to pay extremely more than what we normally paid. The price of fuel in our village had always been more than the Government-stipulated price because we often buy from black marketers. Even when you go outside, to the main roads to buy from the fuel stations, you will be shocked by what you would see. They claim to sell per litre but the metres of their machines have been adjusted in such a way that they measure below one litre at prices that are even more than the stipulated price. The Corpers had often complained about this instance of cheating. According to them, everything in the village was ruled by corruption.

The day we all resumed for the term was when I saw Corper Tunde. He was one of the newly posted ones. I had an instant crush on him. It was like something steered me on the inside when I saw him. He was of average height, with smooth light skin and a deep voice. He taught us Literature and had often complained about our bad English.

Sometimes he would not be able to help the laughter that often crawled into his throat because of our poor English. Most of us knew how to speak only broken English. For instance, when we wanted to go out of class we would say, ‘I wan commot.’ He was the one that taught us how to say, ‘Excuse me, Sir, may I go out.’ He added that if we wanted to use the toilet, we should say, ‘I want to ease myself’ as against, ‘I wan go toilet.’

That was if there was a toilet. All we had as a toilet was the bush behind our school. That was where we relieved ourselves—both the minor and major call of nature. The Principal of the school tried to no avail to have us build an improvised toilet. I remember we had once gathered sheaves together and tied them over two large holes. Unfortunately, when the dry season approached and bushes were being burnt, our sheaves were burnt along with the grasses.

The principal eventually gave up on the plan. Because of this, the back of our school building remained our toilet and smelled really bad.

Look out for the next part of the story.

REASONS AN ENTIRE FINAL YEAR STUDENTS WOULD FAIL A COURSE

REASONS AN ENTIRE FINAL YEAR STUDENTS WOULD FAIL A COURSE 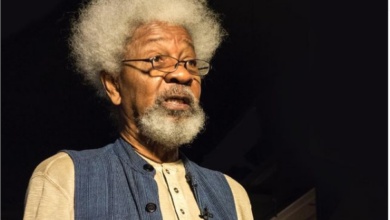