The discussion about his stay in the club is still been discussed but the agreement is not close to conclusion yet with the interrupted league due to coronavirus pandemic. Chelsea have been impressed with Rudiger’s performances since returning from his groin injury in December and want to extend his contract until at least 2023.

Chelsea recently opened up that they are willing to let 29 years-old French midfielder Kente leave the club but they want 27-years-old Rudiger to still reamin in the club. High profile clubs have been coiming for the German defender especially clubs from his home country Germany. Bayern Munich and Borussia Dortmund among the clubs that are planning on landing the defender.

The former AS Roma defender has not decided on signing a new contract with the club yet but they are still in talks with him. He has scored two goals already this season and looks very to do better. 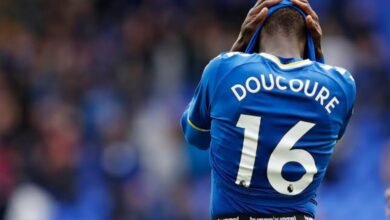 15 hours ago
Check Also
Close
Facebook Twitter WhatsApp Telegram Line
Back to top button
Close
We use cookies on our website to give you the most relevant experience by remembering your preferences and repeat visits. By clicking “Accept All”, you consent to the use of ALL the cookies. However, you may visit "Cookie Settings" to provide a controlled consent.
Cookie SettingsAccept All
Manage consent