It was another show of racism in the United States during the week as a cop killed a black man in the name of arrest and has made rapper Cardi B to lash out at Fox Nation host for her post on the matter.

George Floyd, a 46-year-old black man, died in police custody after a white officer handcuffed him and kneeled on his neck for several minutes as Floyd pleaded that he could not breathe.

This led to protests in cities across the United States, including Minneapolis, Denver, New York and Oakland. It has been 3 nights protest by the American communities in order to get justice for George Floyd amidst the coronavirus pandemic.

The protest that has been ongoing in the United States has made Fox Nation TV host, Tomi Lahren to make a post on her Twitter page. She tweeted @TomiLahren ”How does looting, rioting and destroying your OWN community bring justice for anyone?”

This post by the Fox Nation host has since led to outburst by Americans on her thread due to the racist post.

American female rapper, Cardi B among other celebrities who have clamoured for justice for George Floyd has replied Fox Nation host, Tomi Lahren’s post.

She replied @iamcardib ”How does targeting, profiling, beating and murdering black men with no consequences equal serving and protecting? Who’s giving them justice and trust on cops? Mind your business and eat your salad!”

Cardi B in love with Nigeria

Cardi B shared a picture of Covid-19

Cardi B in love with Nigeria

Cardi B shared a picture of Covid-19 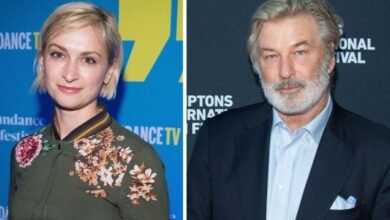 June 17, 2020
Check Also
Close
Facebook Twitter WhatsApp Telegram Line
Back to top button
Close
We use cookies on our website to give you the most relevant experience by remembering your preferences and repeat visits. By clicking “Accept All”, you consent to the use of ALL the cookies. However, you may visit "Cookie Settings" to provide a controlled consent.
Cookie SettingsAccept All
Manage consent