The German Bundesliga is the first league in the whole of Europe to resume their league since the lock-down, we will be giving possible predictions to all Bundesliga matchday 26 games based on their present form. Bayern Munich still tops the league with Leipzig and Dortmund following them back to back, below is the predictions for the games.

After suffering three consecutive defeats just before the coronavirus football break, Augsburg will be aiming to return to winning ways in Bundesliga matchday 26. The Bavarians are still seen as one of the main candidates to suffer relegation to the 2. Bundesliga, but, no doubt, they will give 100% to beat the odds. Augsburg is tough to beat at home, and even though the match will be played behind closed doors, we predict that the hosts are going to avoid defeat.

The Wolves, on the other hand, aim to climb to the Europa League berth. Wolfsburg did well to hold Leipzig to a goalless draw in their last league match, but you should bear in mind that the Red Bulls rested several first-team regulars for the Champions League clash against Tottenham. Anyhow, share of spoils is on the cards at WWK Arena as the Wolves are not regarded as good travellers.

There will be fireworks as Borussia Dortmund and Schalke 04 battle each other in Bundesliga matchday 26 of the first round of the Revierderby following the coronavirus football break. Lucien Favre’s troops were elimination from the Champions League by PSG, they presently they have just the German Bundesliga title to fight for.

They will be doing all they can in the Bundesliga Matchday 26, meaning that they will be fully focused on the Bundesliga in the remainder of the season. Borussia Dortmund has been in a splendid form of late, with the team eyeing their fifth consecutive win in the national championship, and they are likely to stick to their attacking style of play in the game of the weekend.

Die Knappen, on the other hand, has been struggling at the back of late, with the team conceding nine goals in total in the previous three league fixtures. Even though Saturday’s derby will be played behind closed doors, home win should be considered as influential winger Sancho returns to the starting line-up. Anyhow, a man to watch in the home team will be Norway rising star Haland, who looks unstoppable at the moment.

Buoyed by a 3-0 win over Tottenham in the Champions League last 16, Leipzig will be looking to give fans yet another reason for celebration in the Bundesliga Matchday 26 game. The Red Bulls had a back-to-back draws with Bayer Leverkusen and Wolfsburg, and so they are determined to return to winning ways when they host Freiburg on Saturday.

Timo Werner, who is enjoying yet another successful campaign, will be the man to watch in the home team. Christian Streich’s troops, on the other hand, aim to build on a 3-1 win over Union Berlin. The visitors have been playing above expectations in the 2019/20 season, but seeing that Leipzig are a real force to be reckoned with at home, away win should not be considered.

Bayern Munchen continues their title race following the coronavirus outbreak as the reigning champions takes on Union Berlin on Bundesliga Matchday 26. Bayern Munich is eyeing their fifth consecutive win in the Bundesliga, and they are likely to adopt an attack-minded approach against Union Berlin. Robert Lewandowski, who is enjoying yet another successful season, is likely to prove a handful for the opposition defenders.

Considering that there will be no fans due to the coronavirus pandemic we are still sure the visitors will go home empty-handed in Bundesliga matchday 26. The capital club experienced all sorts of problems at the back in a 3-1 loss to Freiburg, meaning that they are unlikely to prevent Bayern Munchen star attackers from scoring. Anyhow, we predict that Hans-Dieter Flick’s men are going to cement top position in the standings with yet another routine win.

Adolf Hutter’s men continue with their habit of producing much better showings at home than on the travels, but you should bear in mind that Saturday’s football match will be played behind closed doors due to the fierce of coronavirus spread. Die Fohlen, on the other hand, aim to keep their title hopes alive, and given their attacking potential, we believe that punters from all four corners of the world can find value in backing both teams to score. In the first half of the season, Borussia M’gladbach outplayed Eintracht Frankfurt 4-2 at Stadion im Borussia-Park.

Other Bundesliga Matchday 26 Games and Predictions

Furtuna Dusseldorf vs Paderborn: 1X and over 1.5 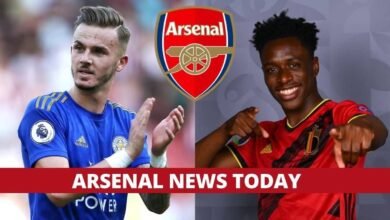