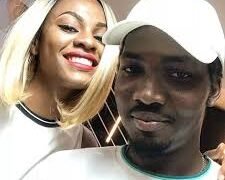 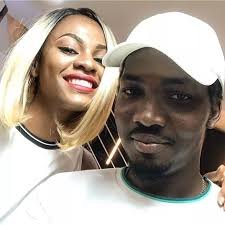 On the latest edition of the BBNaija 2019 Reunion show, former BBNaija housemate, Jackye Madu revealed dirty detail about her ex-boyfriend, Lami who she was always talking about while on the show.

The reunion show for two days now has been about the relationships in and out of the BBNaija house and the first was that was talked about was that of Mercy and Ike, the second was about Diane and Elozonam and Jackye was later brought into the conversation.

Ebuka the show host asked some of the other former housemates if they think Jackye had feelings for Mike who was the only married person on the show, though they all said she did no but that is not the main gist.

Since there was nothing serious to talk about her and Mike, Ebuka quickly switched to Jackye’s relationship with her ex-boyfriend, Lami though they are no longer an item.

He asked what happened between them, despite how she was always hyping him every time she had the opportunity to talk.

The smart lady was not ready to talk about the failed relationship, yet she was able to say one or two things about him. One of the dirty details she revealed about Lami is his weaknesses.

She goes, “I know he has woman weakness, but when he has shown me he wants to change I could not just give up on him.” Wait, I did not hear that, never mind.

After Jackey opened up that she knew about the fact that Lami wasn’t faithful to her, she claimed it was better for her to wait for him to change than to jump on the next boat.

Many people have been yarning to know what caused the break up between Jackie and Lami though she has openly talked about him cheating on her before now, now you can add one plus one. But you did not hear anything from me.