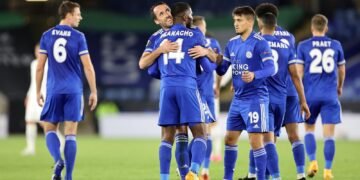 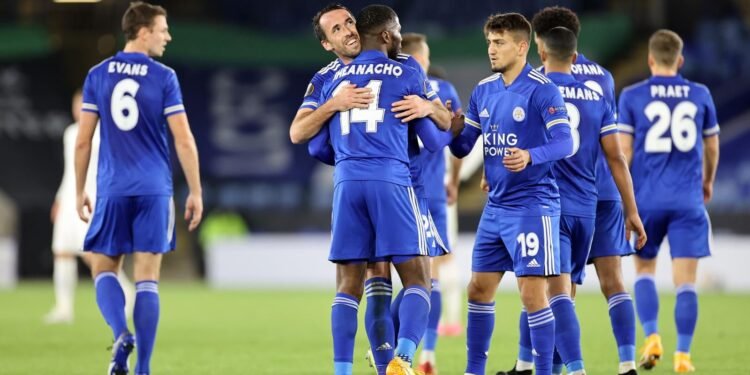 England internationals James Maddison and Harvey Barnes scored their first European goals as Leicester City marked their return to continental action with a comfortable 3-0 home win. The English side had looked set to secure Champions League football throughout last season but failed to book for the first one after losing to Manchester United in the last day.

They hosted Ukrainian visitors Zorya in the opening stages and they played with some very players of theirs, the likes of Suyuncu, club skipper Jamie Vardy and Nigerian international Wilfred Ndidi. But even without the injured Jamie Vardy, Brendan Rodgers’ side ultimately had too much.

Barnes, the standout performer on the night, curled a shot against the post and when Kelechi Iheanacho flicked the loose ball out, Maddison had a simple finish. Barnes then ran through the heart of the Zorya defence to clip in a second and Iheanacho took advantage of a defensive lapse to score the third.

The match was also notable as Stephanie Frappart – who became the first female referee to officiate a major men’s European match when she took charge of last year’s Uefa Super Cup – made an immaculate Europa League debut. With Vardy in the stands because of a calf injury, there was concern over where the Leicester goal threat may come from.

But, with replacement Iheanacho tending to drop deeper and get involved in some great link-up play, it was the pace of Barnes running in behind who stretched the game. A constant threat throughout, Barnes ended the night with five shots on goal and created two chances, while his individual goal was sublimely taken.