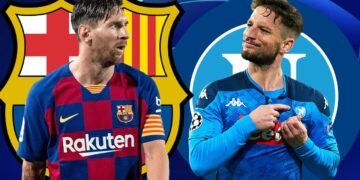 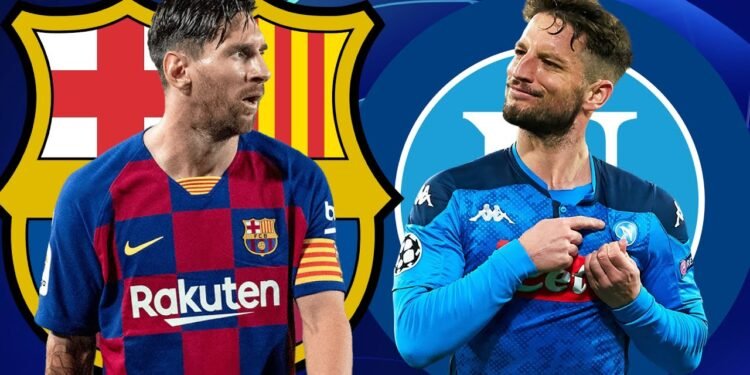 Barcelona Host Napoli in a Must win Contest

Barcelona Host Napoli in a Must win Contest

After a 1-1 draw at the Stadio San Paolo in Italy before the coronavirus pandemic, Barcelona will be looking to get their job done in the Champions League last 16 as they host the Serie A outfit at their Camp Nou Stadium. Barca failed to defend their La Liga title allowing rival Ral Madrid to win the title and also failing to win the Copa del Rey title as well.

The only trophy they have left to fight for will be the Uefa Champions League, new manager Quique Setien is under big pressure ahead of the visit of Napoli. As always, a man to watch in the home team will be Argentina superstar Lionel Messi, who is likely to pose a big threat for the opposition defenders.

Both Sergio Busquets and Arturo Vidal are sidelined through suspension, while Frankie De Jong and Luis Suarez missed the game with an injury. The Neapolitans face an uphill task in the return leg, but seeing that Barca head into the match with a severely-weakened squad, we do believe that the Italians can still book their place in the next stage of the Uefa Champions League. It should be noted that there is no yet any news on the Napoli new signing Victor Osimhen if he will play or not, but Amin Younes and Faouzi Ghoulam are not eligible to pose a treat for Barcelona.