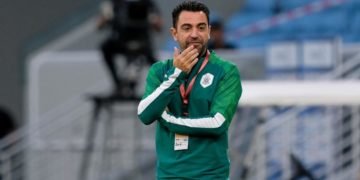 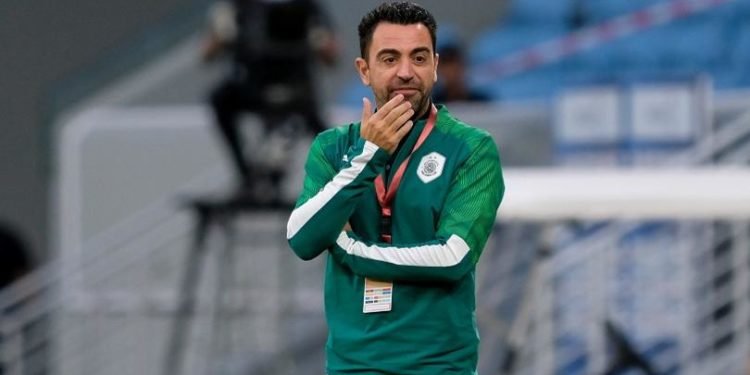 As the drive to resume football properly with fans to watch in the stadium is still in the planning table, Legendary Barcelona superstar and midfielder Xavi Hernandez have tested positive for the coronavirus. The 40-year-old former Barcelona superstar is currently the manager of Al-Sadd boss in Qatar, he said as it stands right now he is feeling okay but is self-isolating.

Because of this Xavi will miss his club’s Qatar Stars League game against Al Khor on Saturday. In a statement on Instagram, Xavi wrote: “Today I won’t be able to join my team on their comeback to the official competition. “David Prats will be there on my behalf as head of the technical staff – coach to the Al-Sadd reserves. A few days ago, following the Qatar Stars League protocol, I tested positive in the last COVID-19 test.

“Fortunately, I’m feeling OK, but I will be isolated until I am given the all clear. When the health services allow it, I will be very eager to return to my daily routine and to work. “I’d like to thank all the authorities, especially those working in the QSL, the QFA (Qatar Football Association) and at Al-Sadd for supplying the means of early detection, reducing the spread of infection and that guarantees the normal development of the competition.

He also siad: “Take care and see you soon on the football pitch.” Johns Hopkins University has estimated that Qatar has more than 108,000 confirmed Covid-19 cases with 164 deaths. The Bacelona super star represented Barcelona in a trophy-laden 17 seasons before concluding his playing career with Al Sadd and was later appointed head coach of the club in 2019.