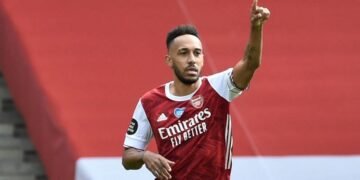 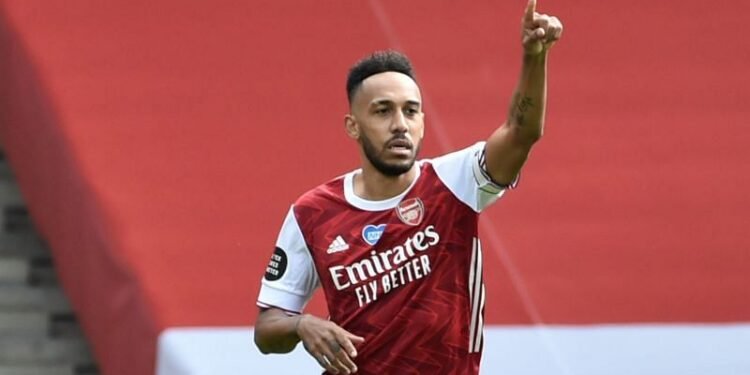 Arsenal and Gabon international Pierre-Emerick Aubameyang has according to rumour signed a new deal that will see him extend his contract at the Emirates for the next three years. Arsenal management has been trying to plead with the player to pen down a new contract with the team after he helped them win the FA Cup and also the Community Shield.

Pierre-Emerick Aubameyang’s deal is said to be worth £250,000-a-week, the player has ended all the drama by signing a three years contract with the north London team. The former Borussia Dortmund striker is now the second-highest earner with the Gunners behind Mesut Ozil. The Gabon international whose deal came to an end this summer was instrumental to the Gunners’ impressive run the last term.

He has so far scored 71 goals in 110 appearances for the club and the 31-year-old does not look like slowing down at the moment with his goalscoring form. Aubameyang trained with the rest of the team ahead of their Premier League opener against London rivals Fulham which comes up on Saturday. Aubameyang was instrumental to almost all Arsenal’s major win last season, he scored two in their FA Cup final against Chelsea and he was the goal score for their 2-0 win over Manchester City which took them to the final.